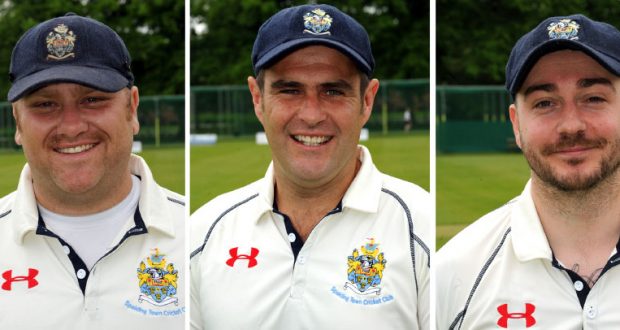 Captain Rob Ambrose reckons Spalding Town’s season will be shaped by their next two games.

Despite looking safe in mid-table a few weeks ago, Town slipped into the Lincs ECB Premier Division’s relegation zone on Saturday after suffering a home reverse against Grantham (see page 38).

They host Boston – the only side below them in the table – at Spalding Grammar School this Saturday (noon), before making the trip to Market Deeping, who are directly above them, the following weekend.

Without wishing to alarm his side, veteran skipper Ambrose feels that failure to get at least one win from those two games will leave them fighting relegation for the rest of the season.

However, he also thinks that positive results will steer Spalding clear of any potential trouble.

“These next two games really will define our season,” admitted the Spalding captain. “If we get at least one win, we should be fine.

“But if we don’t, I’m afraid we’ll be in for a long slog at the bottom.

“To be honest, I’m surprised we’re not a little higher in the table.

“If we’d managed a few games a little better, I think we’d be well clear of it.

“Sadly, we’ve just slipped back into a few bad old habits. We’ve not put any pressure on the opposition in the last two games – and that’s down to our batting.

“We’ve bowled superbly well all season, but it’s the batting that is getting us into trouble.

“These next two games are vital if we want to be playing Lincs ECB cricket next season.

“The Grimsby game after them is also a big one for us. We’re capable of getting wins against the big boys after that, but we don’t want to be relying on it really.

“If we get the results now, we can enjoy our cricket a bit. If we don’t, we’ll be playing under a lot of pressure for the remainder of the campaign.”

Town should be boosted by the return of a few key players on Saturday, although Josh Newton – who made 158 in his last appearance – has returned from holiday with an injured ankle.

Aussie all-rounder Dan Milgate and youngster Jon Manton are also available again, but Spalding are still unable to call upon Hafiz Majeed due to an administrative issue.

Saturday’s opponents Boston have lost their last four league games, but will go above Town with a win.