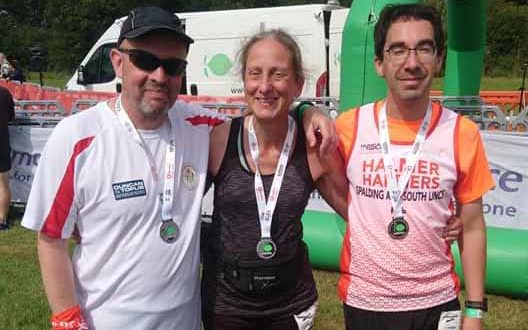 Morris completed an incredible 80 miles at the event, which saw competitors take on 6.7 mile loops of the same course in a 24-hour window from 12pm on Saturday until 12pm on Sunday.

The Spalding athlete ran through the night with no sleep or major rest stops, just a week after running the Lakeland 50 ultra event.

He could only walk after sustaining the injury and managed just one further lap.

Two other distances were contested at the event, with the Harriers represented in both.

For Lawrence and Lee, it was their first-ever 5k event.