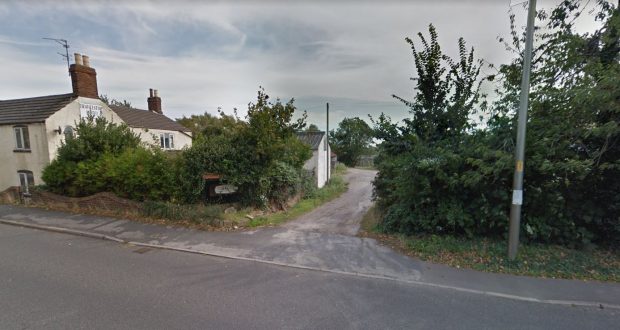 Affordable homes on the agenda

The issue of affordable homes was again a hot topic for South Holland District Council’s Planning Committee last week after a development of them in Spalding was deferred while the lowering of the number at a Holbeach site was passed.

Councillors discussed new government planning policy as concerns were raised over the proposed development of 42 affordable homes on Loxmill Farm off Cowbit Road,

Spalding, due to the size of homes and lack of play area on the site.
Minister Property Group has applied for the homes on land which has a lapsed planning application for 26 homes, 25 per cent of which were affordable.

Planning officer Richard Fidler said there had been ‘considerable objections’ to the scheme.

Committee chair Roger Gambba-Jones said of it: “This is obviously going to be a development of smaller units designed to squeeze more in so they can keep a bit back, and with no open space and play equipment.

“We want to provide community space elsewhere and give future residents a map to wherever the nearest play areas are.

“Government policy is now encouraging the concentration of affordable units all in one lump, which is exactly what we’ve previously tried to avoid.

“The building of housing estates of all one type, in this case remote from all other types of housing, will already be readily identified as ‘that lot over there’ and easily marked as such.

“It’s away from people who can afford to buy their own home.

“I just find it very depressing from the government funders who are effectively blackmailing the Registered Social Landlords into doing this.”

Coun Rodney Grocock questioned whether the council’s previous policy of 25 per cent of homes was “in the bin of history” due to viability defences developers can make.

He said: “When you think of development of affordable homes you think brilliant.

“The amount of young people want to move in, fantastic.

“But is this the only way of getting affordable houses in the future?

“I’m really uncomfortable on it but can’t see how we’d reject with new government legislation.”

The application did find some support before councillors voted to defer it to ask Minister Property Group to look to include a play area in the plans.

Speaking to the committee on their behalf, Jake Stentiford said: “This provision is required to meet an urgent need.

“This is a great opportunity to secure desperately needed affordable housing for the area which will both address the immediate existing need and help to tackle the shortfall in provision which has been lost from market schemes on viability grounds.

“Most importantly it will make a huge difference for local families who are waiting for such a scheme right now.”

“It’s in the right place and there’s an open space.”

l It was debated after the committee had ratified Ashwood Homes lowering the affordable homes provision on the already passed 83 home development off Fen Road in Holbeach.

Ashwood Homes was given planning permission for the development in July last year with 21 affordable homes but applied to the council to get that figure lowered citing a viability study.

Last week the Planning Committee voted to have just seven homes instead.
Ashwood will though provide £521,783 to go towards education or the NHS having previously agreed to set payments of £55,440 towards the NHS and £404,337 to education.

Many councillors expressed disappointment at the move while David Newham of CP Viability Ltd provided the independent viability assessment and answered councillors questions on the matter before the matter was voted through by nine votes to five.