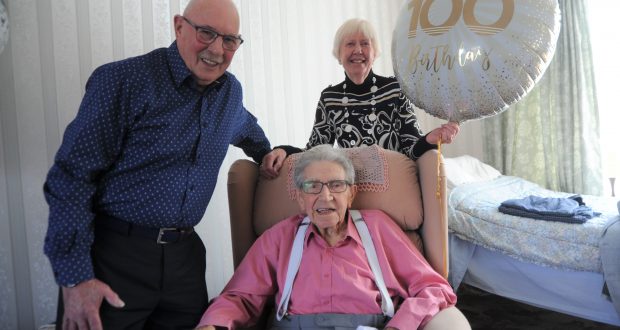 A World War Two veteran from Weston has celebrated his 100th birthday in style.

Douglas Hance reached three figures on Wednesday, November 13, a century after being born in Wandsworth in London.

He was 20 when the war broke out and spent six and a half years with the Oxfordshire and Buckinghamshire light infantry.

He specialised in field and anti-tank guns throughout much of the conflict, being based in Palestine, Europe and Northern Ireland in separate spells, stating he was mostly engaged on reconnaissance missions.

Douglas was then sent to train to be a sniper, but the war ended before the training could be completed.

Following the war he became a civil servant with Board of Trade.

He also settled down with wife Valerie who he was with for just short of 60 years before she died in 2009.

They lived in Kent at the time, but moved to Weston in 1985 because a friend had moved to the area and the house next door was up for sale.

“The first visit I said that no way would I live around here,” he said. “But we stayed a week amid a beautiful summer and the area enticed us.”
Douglas has been here ever since.

He has no close relations, but friends Jean and Dave Jackson from Shropshire (who are very distant relatives of Valerie) took him for dinner at the Supreme Inn in Bicker to celebrate his birthday with friends.

Douglas puts his longevity down to his active lifestyle.

He played football and cricket for the Board of Trade as well as bowls, badminton and swimming in more recent years.

“Healthy living is important,” he said. “I didn’t retire from football until I was 53 and didn’t stop playing cricket until I was 64.

“I was pretty good at football and cricket,” said the former goalkeeper and opening bowler. 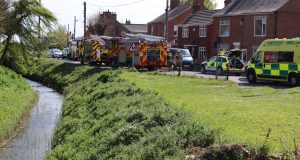