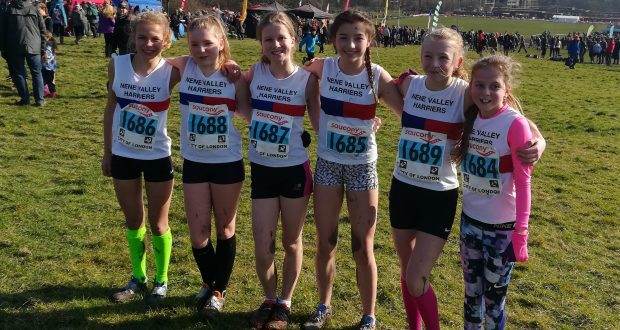 The success of the Nene Valley Harriers production line was showcased in London on Saturday as graduates past and present made their mark on the England Cross Country Championship at Parliament Hill Fields.

After a disappointing Cambridgeshire Cross Country Championship last month, Kempson more than made up for it on the testing 12km Hampstead Heath, course, finishing 31st amongst the best cross country runners in England with a time of 41.50mins.

Chris Wright has recently left Nene Valley due to a move to London, and gained his highest ever placing in the nationals, coming home 67th in 42.46mins.

James McCrae also had an excellent run, finishing 80th in his first national championship as a senior with a 43.05mins clocking.

Peterborough AC were out in force in the senior men’s race and Ben Heron led the team home with a 130th place finish and a time of 44.00mins.

Owen Wilkinson had a storming run at under-15 level, coming in 57th out of 504 finishers. Wilkinson received sterling support from his team-mates with the city club finishing as 18th team out 52. Harvey Hancock was 163rd, Sam Oakley 203rd, with Sam Garner completing the scorers in 22nd place.

The under-13 boys were led home by Harry Hewitt in 25th, while under 13 girl Lottie Hemmings finished 17th. Her Nene Valley team took 34th place.

Katie Tasker had a fine run finishing as 203rd under-15 girl Amber Park (139th) and Ellie Piccaver (154th) were separated by seconds in the ladies’ under-17.

Former Harrier Alex Hampson had a tremendous run in the junior men’s race, coming home 33rd in the colours of Cambridge and Coleridge.

Peterborough’s Chloe Finlay in 157th position with a time of 34.48mins, and 166th-placed Sarah Caskey just eight seconds further back led the local charge over the 8km course. Grace Mullins, in 216th, was Nene Valley first finisher with a time of 36.02mins.

Nene Valley’s Freddie Fraser won gold in the under-15 60m hurdles, running a club record time of 8.47secs. The talented teenager now sits at number one in the national rankings.

Will Kong of Nene Valley, who won bronze In Eastern and Southern Championships, stepped it up a notch taking the silver medal in the under-15 60m, clocking 7.43secs.

The youngster was back on the track within 30 minutes of the 60m final, this time winning bronze over 300m, setting a new club record time of 38.13secs.

Several other Harriers were in action, and Callum Winchester ran a time of 7.20 when finishing sixth in the under-20 60m semi-final.

Joe Prince ran a personal best (PB) of 2.03mins in his under-17 800m heat, but failed to make further progress.

Megan Ellison went out in her under-20 800m heat and Jasmine Allen finished 16th in the under-20 long jump.