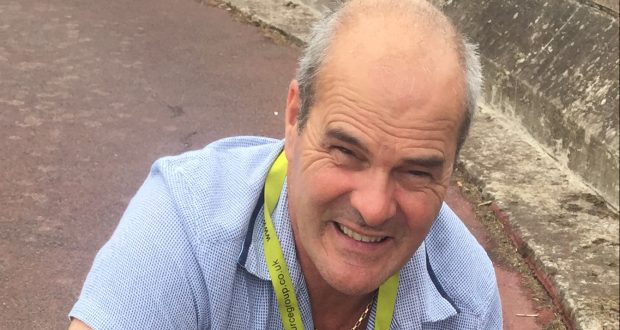 A woolly idea to bring back bloom

Plans for the Spalding Flower Parade are continuing to knit together and a new thread is being followed to overcome the lack of tulips compared with previous events.

The idea was put online that people could knit flowers for next year’s Spalding Flower Parade on May 6 instead.

And chief organiser Steve Timewell (pictured) was inundated with around 70 volunteers offering to knit flowers while Tanglewood Care Home have vowed to get its residents involved as well.

Steve, who is in the process of setting up a charity to manage the flower parade going forward, says he continues to be stunned by the public’s reaction to his initially one man bid to bring it back.

It’s now got a full committee and around 100 volunteers committed to bringing back the Spalding institution.

“It’s going really well,” said Steve. “We’re already up to 33 floats committed for the parade and a few have already started creating them.

Steve says his garden currently “looks like Steptoe and Son’s yard” as people drop off and collect bits for their floats.

To compensate he’s set to take his wife Sandra for a trip to The Netherlands, but also to a flower parade to get more ideas.

The full list of bands to play at the arena at the Castle Sports Complex has also been announced.

Among those playing will be Spalding six piece Paisley Circus, and in a nod to the Barbecue 67 historic concert, Voodoo Haze a classic rock band who specialise in Jimi Hendrix covers.

The next goal for Steve is finalising the finances.

But Steve says he’s overcoming another big financial cost by getting businesses to sponsor some of the 300 safety barriers needed around the 2.5-mile parade route.

Rather than hiring them out, he says the charity will buy then and then look to hire them to other events to raise money towards future flower parades.

“I think it all just shows how determined we are to make this happen.”

A fundraiser for the Spalding Flower Parade is being held on Saturday, August 27 at the Spalding Social Club. Entry is free with the bar open and fish and chips available to purchase. Old video footage of previous flower parades will be shown.