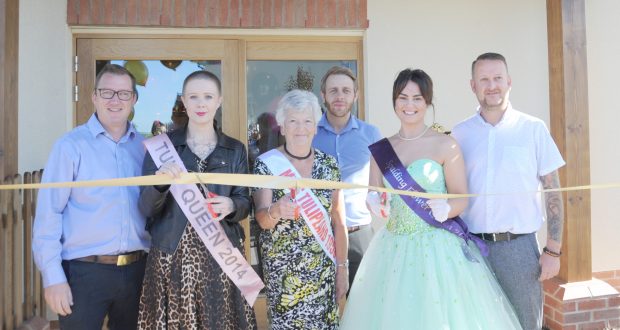 A new queen is crowned in Spalding

The Marston’s-owned pub The Tulip Queen officially opened its doors on Monday, September 24 and three of its former namesakes were asked to cut the ribbon on the over £4m project.

The 82-year-old Janet Bray, Tulip Queen in 1958 was joined by Inca Honnor (2013) and Amy Cook-Nykyforczuk (2014) with all three stating the occasion reminded them of their crowning moments.

Manager Gary Stevenson said: “The reaction we’ve had from the public so far has been phenomenal.

“We’re hoping to be a central part of the community as I don’t believe there is anything that offers what we offer in Spalding.”