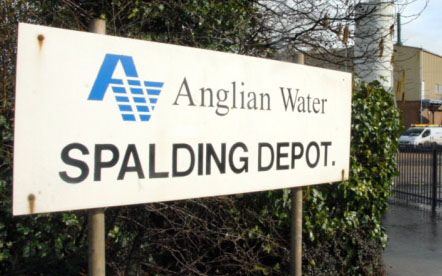 Five million pounds is to be spent tackling the bad smell that continues to hang over Spalding.

The cash is earmarked for improvements at Anglian Water’s sewage treatment works over the next three years.
It will pay for a replacement for the sludge processing plant with a modern centrifuge system which will better contain the sludge and process it faster to reduce the chance of bad odours being released.
The announcement comes despite Anglian Water only receiving two complaints about the smell coming from the works since the beginning of the year.
The first was in March and came from a business in the Pinchbeck area and was linked to a temporary loss of chemical septicity treatment in the local network.
A second complaint was made in April by a commercial property next to Spalding Water Recycling Centre, which included a comment that the odours were the first they had experienced for many months.
Anglian Water have reported that the complaint was linked to a reduction in iron sludge imports which are being used to reduce odours.
The iron rich imports were stopped for two weeks to allow essential maintenance on site.
A spokesman said: “We have continued mixing iron rich sludge from other water recycling centres with the sludge produced on site at Spalding.
“This has been successful in significantly reducing the amount of odorous sulphide gas released during sludge dewatering
“We have invested £90k on a new iron dosing system on site that has now been installed and commissioned.”
The iron chemical dosing started at the end of May and work is now being done to optimise dosing rates to further reduce odours.
Anglian Water says many of the problems from the Spalding site are the result of the town’s long sewer network and the large number of pumping stations and factory effluent discharged into the sewers.
Action is being taken to target the problems, including nitrate dosing in the sewer network and at various pumping stations.
A spokesman added: “It has been identified that two factories’ effluents near Springfields Retail Park are combining to rapidly produce septic conditions in the downstream sewers and ultimately at Spalding Water Recycling Centre.
“We hope to address this by installing an additional nitrate dosing system at our Springfields pumping station.
“The work to purchase the land to site the chemical storage tank is on-going.”