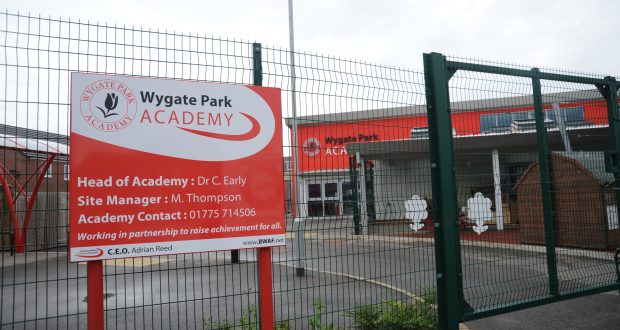 A poor turn out to a meeting on the expansion of Wygate Park Academy is “often a sign that residents don’t have any significant concerns” Lincolnshire County Council has said.

The Witham Road school is seeking to build two new classrooms so it can cope with future demand.

A recent public information event was held at the school, but was poorly attended.

Matt Clayton, admissions and education provision manager, said: “A public information event was held at the school in July which went very well. Comments received were positive and those that we spoke to were supportive of the school expanding to meet the needs of the local community.

“Turnout was poor, but this is often a sign that residents don’t have any significant concerns. The plans have now been submitted and we are in the planning application stage.”

“Whenever any application for new housing is submitted, local people will justifiably raise concerns about local services, with school places a top issue.

“It is good to see that LCC is making this investment and planning for the future needs of our town.

“Inevitably, the increase in pupil numbers, has the potential to bring an increase traffic.

“The school currently does an excellent job of actively managing traffic within their site during drop off and pick up times.

“However, they can do very little about behaviours outside of their control.

“Currently, the school reminds parents of their responsibility to the local community, via their school news letters and I hope they continue to do so into the future.”