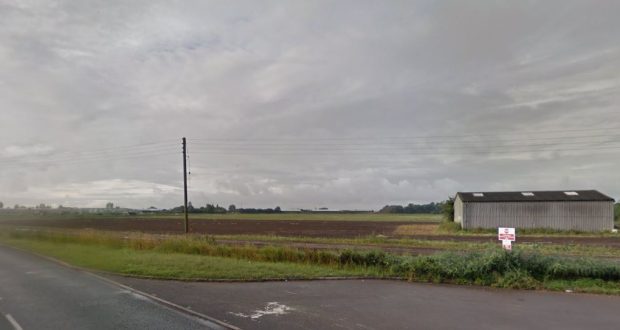 The site on Google Street View.

‘World first’ factory gets the go-ahead

What’s it’s claimed will be a ‘world first’ factory of its kind just off the A16 in Low Fulney has been given the thumbs up by planners.

Naylor Farms is set to build World First Protein, a plant based protein extraction facility on agricultural land south of Low Road that’s outside the usual areas for permitted development.

It aims to produce different ingredients from cabbages and is set to include space for staff and pupils of the University of Lincoln.

Objections have been raised to the development, particularly from nearby residents, some of whom South Holland District Council planning officers accepted would be subject to ‘substantial to moderate adverse affect’.

“It’s a greenfield site outside the allocated employment areas and there’s no satisfactory reason demonstrated that this facility needs to be here,” she said, while also raising concerns about the effect on the local roads.

Other councillors too expressed concern about the roads, but Lincolnshire County Council’s Highways department had raised no objection and the application was passed.

Coun Peter Coupland, said: “Our district exists and prides itself on growing food and processing. That’s what this district is about.

“This will add to our district’s standing in the country supplying what helps to provide food for the nation.

“It’s not obnoxious or nasty. It doesn’t need big lorries to support and this council’s strategy has always been to support our agrifood sector that drives innovation and productivity.

“This will be a great asset.

“Is it a good site? If you consider the links to the A16, yes, as you often get these sites built in the middle of nowhere and then they want to expand and the traffic has to run through a little village. We will not have this problem here.”

“A 100 per cent of any product put through this factory is used.

“This is what the world needs for plant protein. We need to look at alternate protein source. Agriculture needs this type of innovation.

“Going forward we’re going to partner with Lincoln University and universities in Europe to provide an innovation centre.

“There’s nothing like this on the planet. We need to train young people for factories around the world.

“This is going to put South Holland on the world map for plant-based protein production and benefit the UK in increasing GDP.

“I understand there’s been concerns locally but I feel we’ve addressed everything needed.”