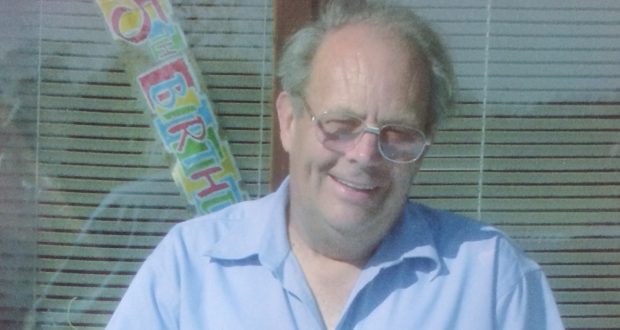 A wife watched in her wing mirror as her 80-year-old husband’s car collided with a lorry he’d pulled out in front of.

James (Jim) John Hurley, of Surfleet, died instantly in the incident, an inquest at Boston Coroner’s Court heard on Tuesday.

The tragic collision as Mr Hurley pulled out of The Drayton at Swineshead was witnessed by his wife, Joan, who was travelling in a hire car just ahead of him.

The couple had been to pick up their car after repair at the Kia dealership, Drayton Motors, on September 19 last year.

The collision happened at 4pm in fine weather with good visibility, the hearing was told.

Mrs Hurley turned right out of the junction, heading towards the Bicker Bar roundabout.
Dashcam footage showed Mr Hurley following about five seconds later and the inquest was told that there was nothing more that lorry driver Nicholas Chapman could have done to avoid the collision.

Mr Chapman “stood on” his brakes and steered to the right into the opposite carriageway to try and avoid hitting the Rio but his 44-tonne truck hit the offside of the car, near the middle.

In a statement, Mrs Hurley said the road was clear when she pulled out and she was crawling to allow her husband to catch up, looking in her rear view mirror.

She then saw the red lorry and thought it might be travelling a little too fast for that section of road.

She said: “I saw Jim’s Kia stop at the junction and wait for a short time. I saw him start to move forward from the junction in a controlled way. When I saw Jim move out I knew straight away there was going to be a collision. I was looking in my mirror and saw the impact.”

In a statement, Mr Chapman said he was about 100 yards away when Mrs Hurley emerged from the junction. He assumed Mr Hurley would stop at the junction.

“The car continued at about 5mph and then seemed to accelerate when it got to the stop line of the junction,” Mr Chapman added. He thought Mr Hurley was in his view for three to four seconds.

Collision investigator PC Sarah Capes said there were tyre marks from the lorry for 60 metres and it was her opinion that Mr Chapman could not have avoided the impact.

Assistant coroner Richard Marshall gave a conclusion of road traffic collision, adding: “I don’t think we will ever quite know why (Mr Hurley) pulled out.”