After a six-month delay thanks to the pandemic, the Pride of South Holland Awards are finally being held this weekend.

The awards have been held annually since 2013 and the 2020 winners were due to be revealed at a ceremony last June.
But the event had to be postponed and is now being held this weekend at the South Holland Centre, Spalding.
All the nominations submitted before the cut off date of July 27 last year have been carried over to this year’s awards event.
South Holland and the Deepings MP Sir John Hayes will be among guests at the awards which are across 11 different categories covering all areas of community service from around the district.
Jan Whitbourn, of Tulip Events, has been putting the finishing touches to the event held in association with the Spalding Voice.
“It has been my target to ensure that the quality of each subsequent event has been better than the previous one.
“Once again the awards have increased and selecting the winners has been a challenge. I am extremely grateful for the support I have received from the sponsors, without whom this event could not take place,” she said.
Congratulations go to all the nominees and to the winners who each receive a special certificate to mark their achievement.
“We are all looking forward to seeing some amazing people and hearing the marvellous stories of their acheivements. What a year we have had. In previous years we have heard so many positive stories and examples of where the unsung heroes in our communities have put others before thinking of themselves,” said Coun Gary Taylor.
“If you put other people before yourself it can only help to improve the quality of life and make our community stronger and give us all pride in South Holland.”
Among entertainment at the awards will be a special celebrity guest, who is not being revealed beforehand.
There will also be DIamondz Dance and members of the 2430 (Holbeach) Squadron Royal Air Force Cadet Association.
Categories this year are: Caring Neighbour, Service with a Smile, Young Achiever, Senior Citizen, Charity Worker, Community Hero, Volunteer of the Year, Special Achievement, Community Sports Group, Bakkavor Local Charity Community Champion and Before and After School Activities. 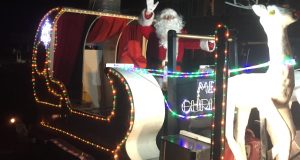 Santa Claus is coming to town thanks to South Holland Rotary 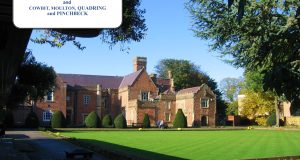