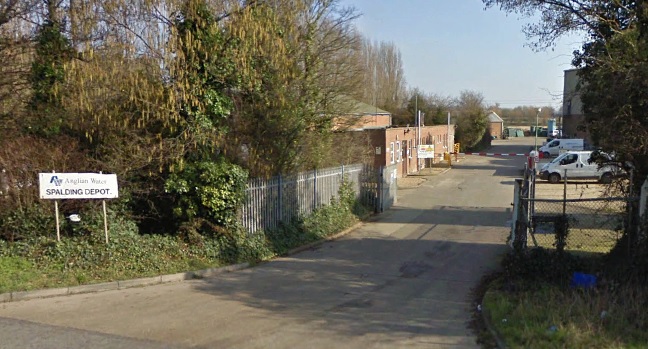 Water tower and sewage works: ‘Has Anglian Water got something against Spalding?’

Spalding Town Forum is hoping to shame Anglian Water into taking action on two big issues in the town.

Remedial work to the smell from the sewage works in West Marsh Road has been added to calls for Chatterton Water Tower to be spruced up.

District councillor Coun Christine Lawton told last week’s meeting: “I just wonder if Anglian Water has got something against Spalding, what with the water tower and the smell from the sewage works that permeates through Springfields and homes nearby. Those poor residents.”

The item was put on the agenda by Coun Roger Gambba-Jones.
He said: “It’s just picking up on the concerns of residents. The smell impacts on Springfields and it impacts on areas far and wide in an unexpected way.
“Some time ago we had discussions with Anglian Water and they made a number of promises. I’m not saying they didn’t carry them out to ameliorate the problem but whatever they did, it’s clear it’s not working again.
“I think we need to refresh contact with Anglian Water to ask the question about what they think is going on there and have they got any plans for improving it.”

Fellow forum member and former drainage board engineer John Honnor claimed there was now “not enough push” in the sewerage system.
He raised a laugh when he claimed: “It takes about three weeks for something solid to get from Monkhouse [Lane] to the sewage works.”

Coun Gambba-Jones suggested that if Anglian Water was to give a “vanilla” reply to the forum’s further contact then he would like to see South Holland District Council take further action.

The power of the Press was a useful tool, according to Coun Lawton, who said: “If we can gain some publicity about what we think, that’s no bad thing,” she added.

As reported last week, Anglian Water claims recent work to address the sewage plant issues had resulted in fewer complaints.
The firm’s Paul Dimbleby told a Lincolnshire County Council environment committee that some of the smell could be coming from an abbatoir, off Wardentree Lane in Pinchbeck.