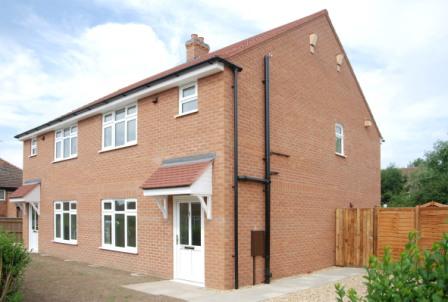 Empty council homes are ready and waiting in South Holland with applicants on the waiting list falling by a massive 90 per cent.

While other parts of the country are crying out for housing, South Holland has empty properties which no-one seems to want.

A report due to be discussed by members of the district council’s cabinet on Tuesday has revealed the issue.

“A strategy needs to be formed imminently in disposing hard to let properties and re-invest where housing is required,” says the report.

The fact that some locations are deemed “too rural” or gardens are “too large” are among reasons given for turning down homes.

The report is by a task group created to look at the amount of time it took to re-let local authority homes.

But it has uncovered the fact some now remain empty because there are no applications for them.

“The task group learned that the recently renewed allocations policy has successfully reduced the housing waiting list from 2,500 applicants to 250. Housing officers advised that they were concerned that this has reduced demand so significantly that some void [empty] properties have no applicants or offers made to them,” says the report.

Sheltered housing stock was the main source of both void properties and long times of standing empty.

“A recent example was over 72 days,” cabinet members will be told.

“The reasons for this ranged from the type of property, eg a one bedroom flat.”

It was also revealed that only around a quarter of re-charges for damage was ever recouped by the council, which operates a “light touch” management style.

“This could lead to issues such as vandalism of properties being unmanaged until the property becomes void. Conversely, exit interviews are conducted during the 28 days of notice,” says the report.

Delays in reference checking, only offering each property to one tenant who then refuses it setting the process back to the start, all add to problems.

Little data on refusals was kept and potential tenants were given seven days to make a decision, with the process starting again for each refusal, which added time to each empty property.

“Very little marketing information is provided on each property. For example, photos of the property inside and outside, local amenities, distance to local school/shops. This is left for prospective tenants to investigate. This needs to be addressed,” says the report.

The task group is making a number of recommendations to the cabinet, including the creation of one team managing the re-letting process.

Social media should also be investigated in publicising the properties while access to homes should be made during the notice period so re-charging can be notified earlier in the process.

A different report to the cabinet, showing performance indicators, reveals one property remained empty for 112 days – more than three months. It had been sent back to the council’s Construction Services Unit.

Another property in Nene Court had been empty for 95 days as there was no waiting list and one refusal.

Overall the turnover time is improving with an average of 32 days in the final quarter of 2016/17 as opposed to 45 days the same time a year earlier.

But the target remains at 28 days key-to-key for all properties (total number of days before keys handed to tenant, including major works.)