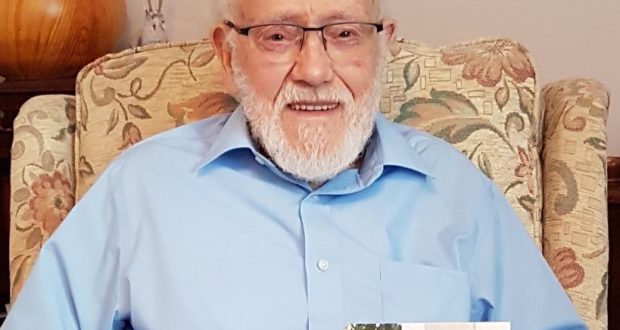 A call from one of the top members of the Royal Air Force was among the highlights as a World War Two veteran celebrated his 100th birthday last week.

The pair spoke about the RAF, Alan’s time in Burma during World War Two planes and about another of his loves, boxing.

“He rang me and said they were organising something in March,” Alan said “It was fantastic. You can’t get much higher than him.

Leading Aircraftsman Alan was a member of the 2810 (Parachute) Squadron RAF Regiment formed in 1945 to parachute into Malaysia and attempt the liberation of the country from within, in what was designated as Operation Zipper.

After several practice jumps, what looked like a potentially suicidal mission was due to take place just days after the atomic bomb was dropped on Hiroshima.

Japan’s subsequent surrender meant the operation was not needed.

He previously said of that day: “I don’t think I would have been in Holbeach like I am now if it hadn’t have happened then.”

He had already seen armed conflict and still has a Japanese flag taken from enemy soldiers who killed two of his comrades.

Alan subsequently flew to Kallang, in Singapore, where he helped oversee the Japanese surrender.

He didn’t fly again until just three years ago when Nigel Fallow, the son of one of Alan’s colleagues from World War Two, got in touch and took him up in his own plane.

A large model aeroplane from his wife was among the many gifts on his 100th birthday and Alan said he’d enjoyed the occasion, even if his family including twin great, great grandaughters weren’t able to visit him.

“I had a lovely day. It was wonderful to get the photo of The Queen and I stood in the lounge as people came on the drive to give me cards and talk to me.

“We had a lovely Thai takeaway too and I’ve had some nice messages.”
Lynne added: “Alan had an amazing day despite the restrictions, with messages from all over the world as well as lots of presents and cards including one from the Queen.” 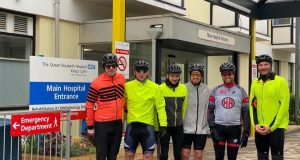 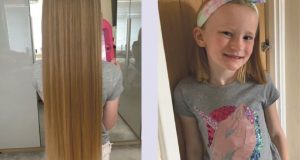 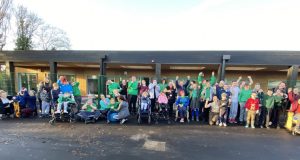