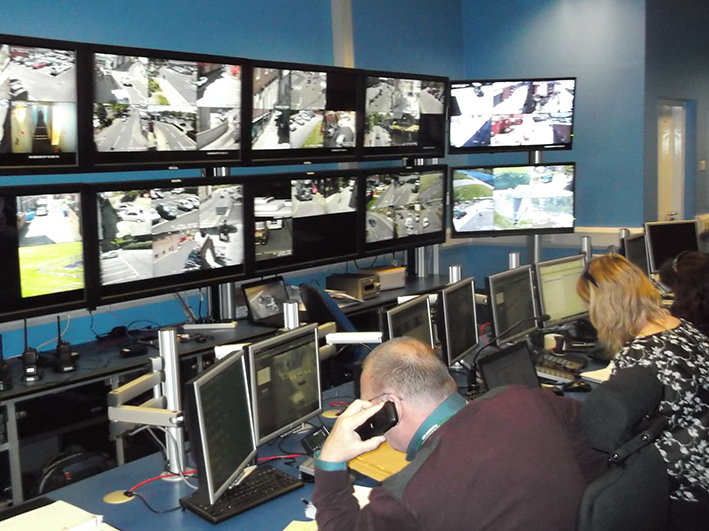 The CCTV control room at Boston Borough Council from where South Holland’s upgraded system will be monitored.

The first camera in Spalding has completed testing and the other 16 cameras in the town will be rolled out from Monday (June 15).
They are all due to be operational by the end of this month, at which point four new cameras in Holbeach and three in Crowland are expected to follow on.

Under an agreement with South Holland District Council, the system will be monitored by Boston Borough Council’s CCTV control room.
And CCTV manager Andrew Haw had a message for would-be criminals and disorderly people in South Holland.
“I’m quite confident that we can make an improvement,” he said. “The initial strategy will be to put extra effort in, to show people that are misbehaving that it is working and it is working 24 hours a day.” 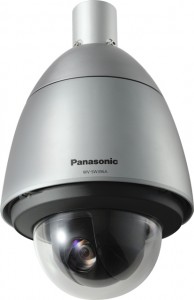 The high definition images will make for much better identification. Using the cameras’ 36x zoom function, it’s possible to identify a piece of detail such as a vehicle registration from 200 yards away.
Therefore an increase in evidential images and – hopefully – a subsequent decrease in incidents could be expected.

At Boston, between 300 and 400 pieces of evidence are produced each year.
The system is key, with police popping into the control room on an almost daily basis to check incidents. It’s also useful operationally to oversee events such as Boston Mayfair.

Operators, who are trained to the same standard as police staff and all have a Security Industry Authority licence, have radio contact with Boston’s Shopwatch and Pub Watch schemes, and police.
Mr Haw said: “We already hear across the police radio frequency about incidents happening in South Holland and we’re itching to get started and help.”

The bank of 12 screens (each able to show images from six cameras) will soon be increased to 16.
Mr Haw said: “Every camera’s recordings are kept for 30 days. That’s the limit we set as the useful time and it’s pretty much the standard.”
He added: “I would think we’ll see a dramatic improvement of cases. The biggest improvement is having someone here all the time.”

The outgoing CCTV system in South Holland – in place since 2007 – is only monitored from a base at Spalding police station as much as is possible by a team of volunteers.
At Boston, the team of ten full and part-time employees includes one who was formerly a volunteer at Spalding and has good knowledge of South Holland.
The operators, who work on eight-hour shifts to provide 24-hour coverage, currently monitor 68 cameras covering Boston town centre and some outlying areas such as Pilgrim Hospital and Boston College.
The cameras – in use for almost two years now – are the same as those being installed across South Holland.

Mr Haw said police have been able to produce results when cameras haven’t actually captured someone committing an offence.
He said: “For instance, we might note down details of someone known to us being in a particular street and if it later transpires that there was a burglary in that area, we have evidence to hand to the police showing that person was in the vicinity.”

Like Boston’s, South Holland’s cameras will be monitored 24/7.
Funding for the upgraded scheme has been assisted by grants from the office of the Lincolnshire Police and Crime Commissioner (£56,000) and Lincolnshire County Council (£18,000). Monitoring costs for the current number of cameras will be a maximum of £32,000 per year.