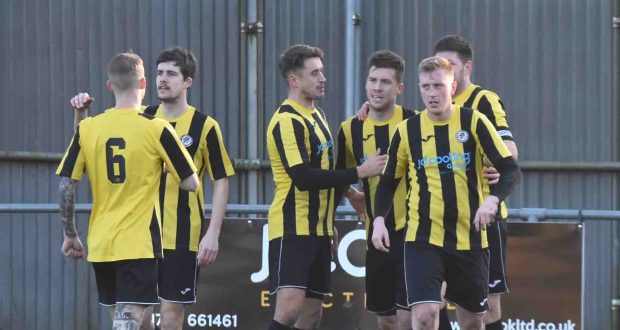 CUT SHORT: Holbeach were having a great season. Photo by JAKE WHITELEY

Holbeach United and Pinchbeck United may have kicked their last ball this season after the FA all but declared the United Counties League campaign over.

A meeting involving all of the Step Five and Six clubs was held on Tuesday afternoon – with the FA advising that the season should now finish with immediate effect.

However, a decision as to whether the season is declared null/void or if promotion and relegations are to be enforced has yet to be made.

A statement from the United Counties League – which was later described as premature – said: “Following a meeting between all step five and six chairmen with the FA, the first clear decision has been made.

“The 2019/20 season has finished. There will be no more games played as part of this season.

“A full discussion took place about the ramifications of any decision on our clubs hence the following: to decide that the season is null and void, no promotion or relegations and the FA’s reorganisation of the leagues is put on hold for 12 months or the season is decided by using the average points per game to agree promotions and relegations.

“Neither of the above can be agreed as the FA leagues committee need to await the decision of the Alliance Leagues above step five and six as their decision impacts it.

“We understand that this decision will be made as soon as possible to give all a clear final message.”

Holbeach sat fifth in the table when it was suspended and are were in the KitmanUK Cup final, while Pinchbeck were rock bottom and in the sole relegation spot – making their wait for a ruling a nervous one.