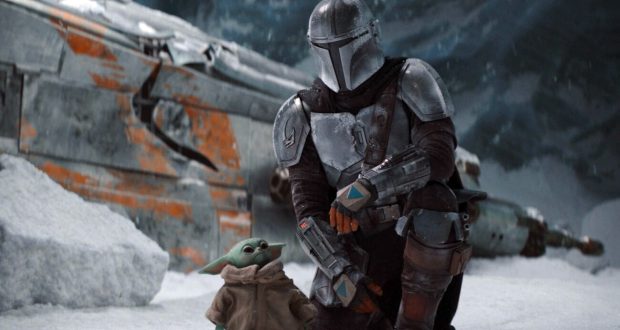 THIS IS THE WAY: The second season of the Disney+ original, The Mandalorian is back again with new episodes streaming every Friday. This is our review of chapter nine (The Marshal) and chapter ten (The Passenger). Pictured (right) is Pedro Pascual as the titular ‘Mando’, with The Child (better known to us all as Baby Yoda) in the most recent chapter. Once again, the series will have eight episodes.

One of my biggest gripes about the mostly satisfying first season of The Mandalorian was that it took its sweet time actually moving on the story.

Don’t get me wrong, as a Star Wars fan I loved all of the world building and nods to the films, but I wanted reasons to be invested in these characters.

After finishing well on that front, does season two of the Disney+ original take the ball and run with it?

On the story front, sadly not. The first two chapters are, though, very enjoyable and certainly contain more Star Wars lore (including one very surprising appearance that appears to contradict the universe’s canon).

The more enjoyable of the two is certainly The Marshal (chapter nine), which introduces Timothy Olyphant’s Cobb Vanth – who is wearing some very familiar armour.

He talks Mando (the returning Pedro Pascal) into helping him hunt a Krayt dragon on Tatooine – with the end results very enjoyable.

Olyphant’s character is certainly somebody I’d like to see return further down the line.

The Passenger gives us more Baby Yoda action, but again serves up a ‘monster of the week’ offering with more Star Wars nostalgia thrown in.

So, while these two opening episodes stall the momentum of the season one finale, the enjoyable world building and action make it a strong enough start.

But, with just six episodes left, I’d hope the wider plot is advanced a little in this week’s chapter.

Voice Verdict: 7.5/10 (watched on Disney+)
+ Timothy Olyphant
+ Baby Yoda in chapter 10
+ Monster of the week is fun…
– …but the story needs advancing 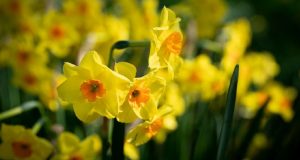 Daffodil display to delight this weekend