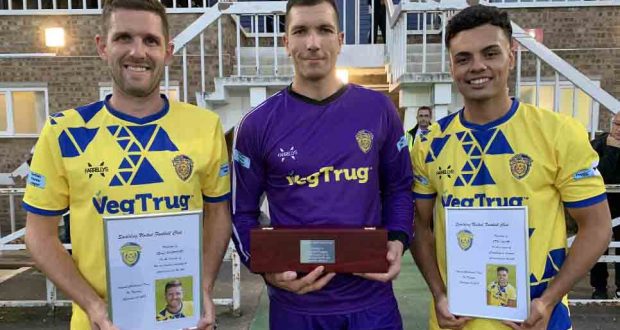 In-form Spalding United climbed up to third in the BetVictor NPL South East Division standings with an eye-catching 2-1 victory over Cleethorpes Town on Tuesday night.

An early George Zuerner goal gave the Tulips a 1-0 lead at the Sir Halley Stewart Playing Field, but matters got tricky when Ben Greenwood was sent off for a second bookable offence on 52 minutes.

Impressively, Lewis Brownhill fired Spalding into a 2-1 lead eight minutes later before Scott Vernon pulled one back for the Owls 20 minutes from time.

In the end it mattered little, with the Tulips hanging on to make it back-to-back wins on a night when boss Matt Easton celebrated one year in charge of the club.

The boss said: “It was great fun to watch and a very committed team performance.

“We had just 11 first team players fit, but the lads got their heads together and decided they were going to look after each other.

“We started superbly but obviously the red card made things difficult. I was concerned that they’d take control, but that second goal was massive for us.

“They had a lot of pressure and created chances, but I never really thought we looked desperate at the back.

“To be third is nice, I’d have snapped your hand off at 13 points from seven games – especially given the injuries we’ve had so far.

“I can’t ask for any more from the team, they’ve been absolutely superb and it’s an easy job managing them at the moment.

“Hopefully we can keep this momentum going over the coming two games.”

The Tulips were ahead inside two minutes when Zuerner collected a long ball into the box before turning and firing home.

Cleethorpes perhaps should have levelled on 28 minutes, but Vernon saw his shot cleared off the line by the ever-reliable Neal Spafford.

Zuerner nodded just over before the break as Spalding looked to double their lead, but the hosts were dealt a blow in the early exchanges of the second period when Greenwood got his second yellow for a high boot on Alex Flett.

However, Scott Floyd’s through ball soon released Brownhill to slot home what proved to be the winning goal on the night.

Vernon pulled one back for Cleethorpes after scrambling home a Jon Oglesby cross, but the hosts survived the late onslaught to seal a fourth win from seven league games so far this season.

Spalding are back on the road at Chasetown this Saturday (3pm), before hosting Gainsborough Trinity in the Integro League Cup on Tuesday (7.45pm). 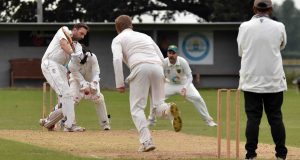 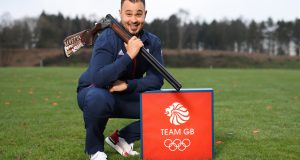 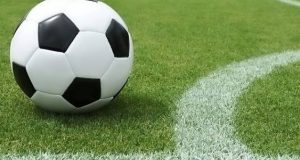