Tributes to motorcyclist who died in accident

Tributes have been paid to a Spalding man named as the motorcyclist who died in a four-vehicle collision on the A16 last week.

Officers were called to the collision involving a Honda motorcycle, Peugeot Boxer, Vauxhall Insignia and a Fiat Punto at Newborough just before 6am on Friday (February 7).

Emergency services attended and the rider of the motorcycle – Simon Rayner (51), of St Thomas’s Road, Spalding – was pronounced dead at the scene despite the best efforts of paramedics.

Another driver was taken to Peterborough City Hospital with minor injuries.

The driver of the Peugeot Boxer – a 28-year-old man from Spalding – was arrested on suspicion of driving under the influence of drink or drugs.

He has since been released under investigation.

The road was closed between Crowland and Newborough for nine hours on Friday while police investigated the scene.

Warm tributes to Mr Rayner have been left online.

Toni Preston, said: “This was my neighbour and you could not honestly meet a kinder more genuine man. Such a terrible loss.”

Dave Brady wrote: “Tonight I will be raising a glass or two for a very dear friend who passed. Si Rayner. This is for you. Many great memories. You won’t be forgotten. RIP Si.”

Roy Bratty described him as a “bloody brilliant bloke”, while Craig Bullen wrote: “One of the most genuine nice guys I ever had the pleasure to meet. RIP.”

Peter Griffiths wrote: “Can’t quite believe it. He was such a decent guy and made me laugh so much. It’s a great loss.”

Cambridgeshire Police have asked anyone who witnessed the collision or the events leading up to it, or who has dashcam footage, to call the police on 101 quoting incident 65 of February 7.

Alternatively, information can be reported online via www.cambs.police.uk/report

Mr Rayner’s isn’t the first death on the A16 this year. At the end of January, a woman died and two people were left seriously injured in a collision on the A16 between Spalding and Sutterton. The collision, involving a tractor, a van and a car, occurred on Tuesday, January 21.
This Tuesday (February 11), the A16 was closed again between Cowbit and Crowland after a two-vehicle crash in which a person was injured.
The stretch of road was due to have a new trial layout at what have been dubbed its ‘death junctions’ but Coun Richard Davies, executive member for highways, said: “Following on from the valuable feedback we’ve recently received, the start of this trial has been put on hold temporarily. Before progressing any further, our Planning and Regulation Committee will review the trial proposal during their meeting in early March.” 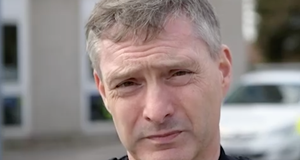 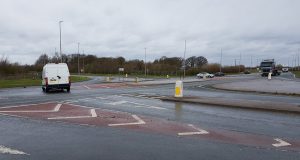