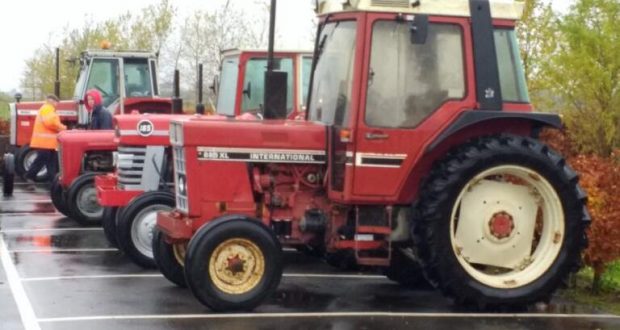 Part of the fleet of tractors that helped send off Peter Kelk.

A convoy of vintage tractors has helped a family say goodbye to a loving family man.

Peter Kelk (84), of Whaplode, passed away on October 24 and his funeral saw the vehicles escort his hearse to South Lincs Crematorium, Surfleet, recently.

The agricultural contractor worked became interested in the vehicles working as a foreman at TH Hardy where the clients included The Queen and the Sandringham Estate.

Even after leaving that position he continued to drive and renovate vintage tractors and could be frequently seen driving them at local charity events.

A tractor he drove was among those that took part in the ceremony on November 15.

“The tractors were a really fitting tribute,” Ann said. “There was a lot of people at the service.

“He worked hard until his ill health and his hobby was tractors even after finishing working with them. We’d like to thank everyone that came and who drove the tractors.”