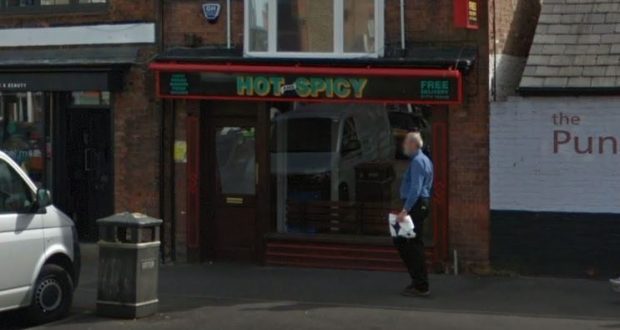 A Spalding takeaway will have its licence reviewed after police found evidence an illegal worker was employed at the site and turkey was sold instead of ham.

New Road late-night eatery Hot and Spicy was due to face the South Holland District Council Licensing Panel on Friday after Lincolnshire Police requested the licence be reviewed, though it has since been postponed.

The agenda for the meeting states: “Lincolnshire Police have obtained evidence in relation to a number of offences, including the employment of an illegal worker, non-compliance with the licence conditions of the Premises Licence and selling food not as requested or expected.

“As a result, Lincolnshire Police believes that there is a lack of promotion of the licensing objectives in respect of the Prevention of Crime and Disorder, Public Safety and the Protection of Children from Harm.”

On January 23, Lincolnshire Police and Trading Standards officers attended Hot and Spicy and ordered a ham and pineapple pizza.

They were served a pizza with turkey instead of ham and weren’t told about the substitution.

Premises licence holder, Rais Abbas, was warned about the same thing in 2016, the report states.

In addition, the CCTV condition is “poor” and there was no marking or colour coding on food containers.

Regarding the illegal worker, the report states the member of staff preparing orders “had no right to be in the country and no right to work.” He was also in breach of a court order.

The police reports concerns that illegal workers not within the system are at risk of being exploited by employers and likely receive low wages.

In bringing Hot and Spicy to review, police state they “request that the Licensing Sub-committee seriously consider a revocation of the premises licence”.