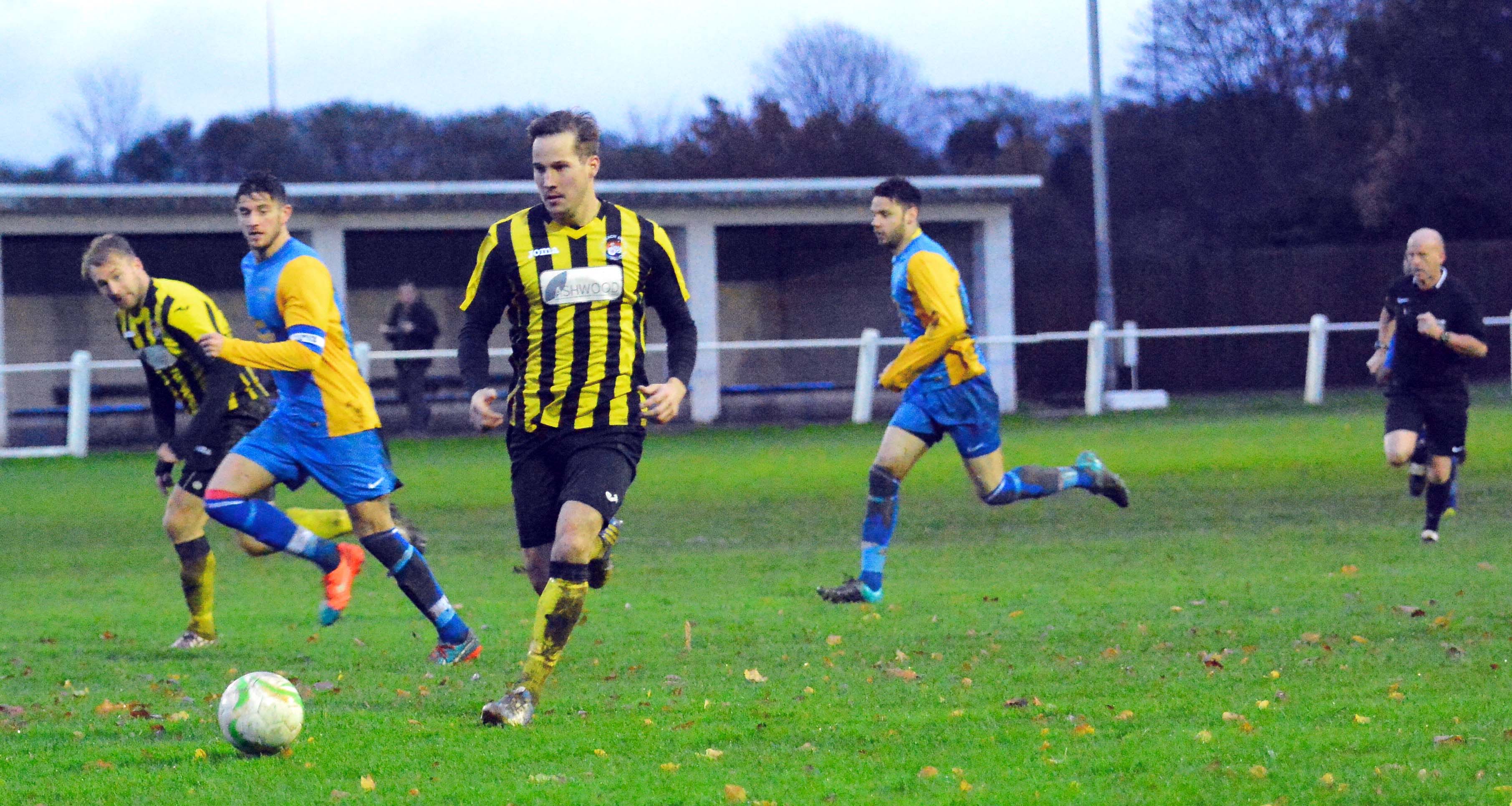 Holbeach United maintained their impressive start to the Premier Division season with a 4-2 victory over Sleaford Town last night on their home United Counties League bow.

The Tigers, having already pocketed four points from tricky away trips to Yaxley and Cogenhoe, produced another solid showing to account for their previously-unbeaten visitors.

A first half goal brace from Stuart Eason put Holbeach in control of the Carter’s Park contest before George Asplin halved the deficit ahead of the interval break.

Holbeach made a flying start to the second half as Jake Clitheroe continued his good run of goalscoring form shortly after the restart.

A stunning strike from Matt Warfield tightened the Tigers’ grip on proceedings until goalscorer Eason was dismissed after collecting his second booking of the night.

Charlie Ward added Sleaford’s second goal, but Holbeach saw out the remainder of the game to move up to third place in the early Premier Division standings.