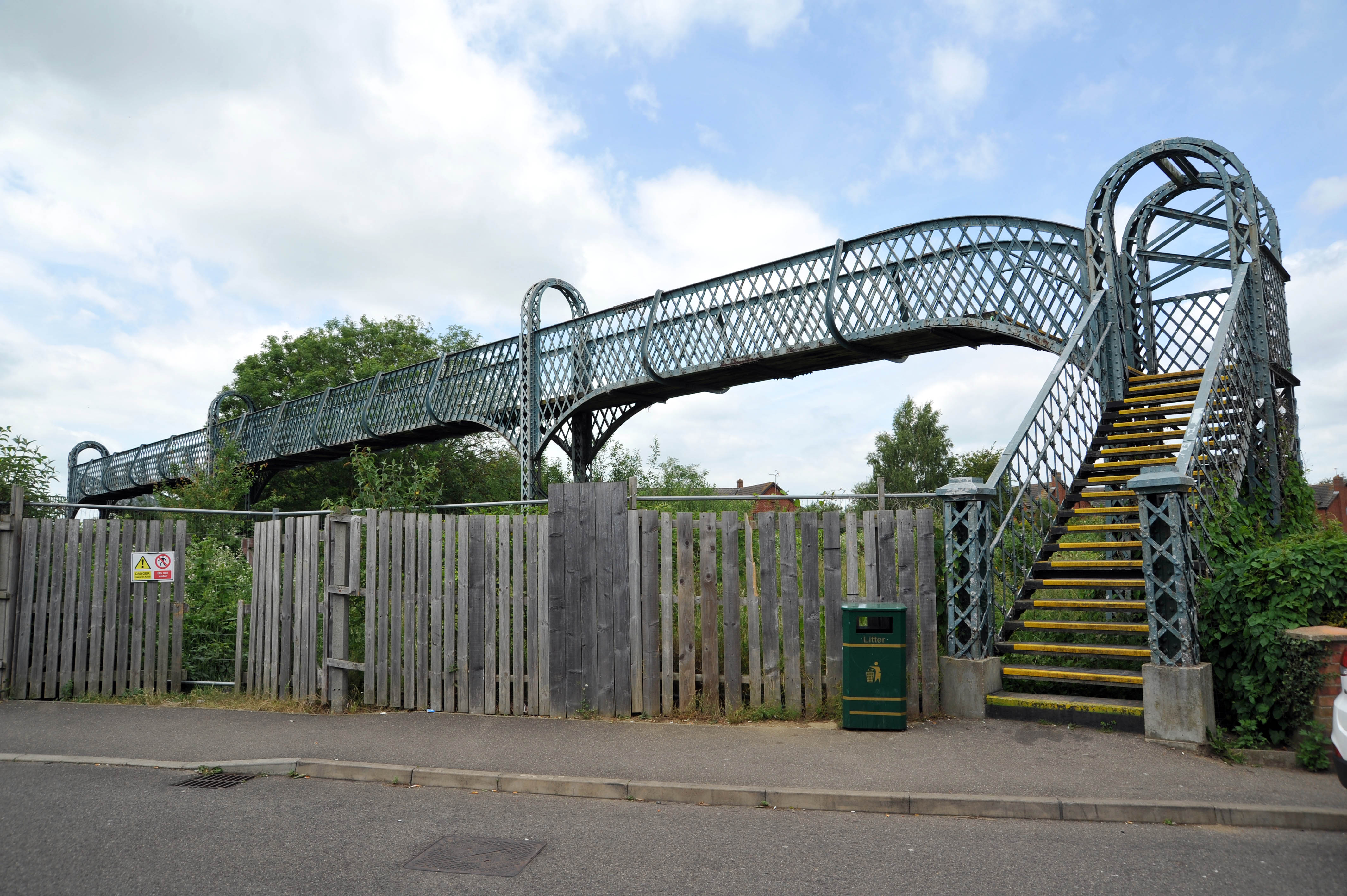 Could this Spalding footbridge be moved to ease congestion at nearby level crossing?

Moving a “problem” footbridge a short way up the railway line could ease congestion at a Spalding level crossing.

The suggestion to relocate the footbridge to Winsover Road was made at a Spalding Town Forum meeting (June 17).
The structure, which runs between St John’s Road and Green Lane, and its surroundings have consistently been plagued with litter, fly-tipping and other anti-social behaviour.

Newly-elected forum vice-chairman Coun Jack McLean and Coun Gary Taylor have supported Coun Angela Newton’s call for a bridge at Winsover Road level crossing for pedestrians and cyclists on foot to use.

It’s thought this would ease frustrations when the barriers are down and encourage more people to leave the car at home, helping the motor vehicle congestion situation.
However, rail operator Network Rail has so far resisted the reinstallation of a bridge there.

Coun McLean felt the problems surrounding the existing footbridge nearby might present an opportunity.
“The St John’s footbridge just doesn’t work – it’s a mess,” he said.
“We could ask for it to be looked at to be repurposed.”

Coun Christine Lawton was damning in her appraisal of Network Rail, which has been heavily criticised by councillors and the public after system issues since a £280m upgrade of the GNGE line between Peterborough and Doncaster last year.
“Anything Network Rail touches is toxic and going wrong,” she said.
“The government is after them at the moment. They are an absolutely pathetic organisation.”

The issue of traffic management around the town arose again.
Coun Aley reported that Coun Richard Davies, Lincolnshire county councillor portfolio holder for highways, had “shot him down in flames” when he brought up the issue of traffic lights hindering a good flow.
Coun Lawton suggested looking into commissioning a traffic survey which could be presented to the county council as evidence of action being required.

“Pressure” via the district council was mutually agreed as a way forward to get some action, and a public petition was mooted.
Coun Aley insisted that just “tweaks” to the synchronisation of some traffic lights or a one-way system would have a big effect. He said forward plans sometimes don’t come to fruition; a quick fix is needed.

Congestion is an increasing headache for the town’s retailers and businesses, according to Coun Harry Drury.
“My wife won’t come and shop in Spalding [in the car] at certain times of the day and I know that certain people won’t come to my business because they know [the town] will be congested,” he said.
“Sitting in a traffic jam doesn’t sit with people’s busy lives these days.”

Lincolnshire County Council officer Jonathan Wickham, who was involved with the development of Spalding Transport Strategy, and senior highways officer Maxine Stukins are to update the forum in December.