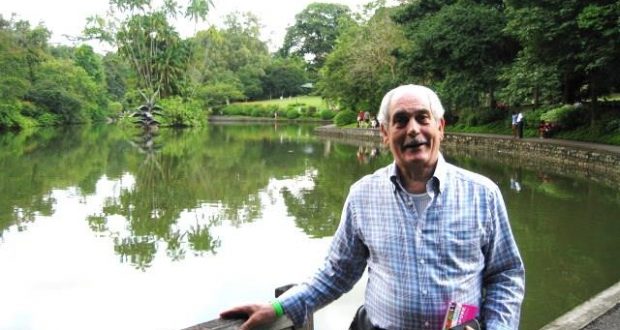 ‘There is still good and kindness’ – Holbeach man thanks good Samaritans

A former civil servant and army veteran who was left without cash when his card was eaten by an ATM has thanked a pair of good
Samartians who brought him money for a coffee.

Ernest Goldie (73), from Holbeach, was at Springfields Outlet last Wednesday when he used the cash machine to draw out money but was shocked when his card was retained.

Mr Goldie became distressed, as well as without money and his bank card.

“I was actually in tears. When you’re in that situation you feel desperate, completely lost, you get bewildered and your whole world collapses in front of you.”

Mr Goldie explained to a man and woman using the machine next to him what had happened.

“They were most helpful and gave advice,” he said.

Mr Goldie dialled a number on the cash machine and stood with it for at least half an hour before he could get hold of someone to cancel his card.

He also went into the nearby card shop to produce a makeshift ‘out of order’ sign.

While still waiting at the machine, Ernest recognised the people he had spoken to.

He said: “The lady and gentleman that I had spoken with earlier had returned and gave me some cash to buy myself a coffee. I was at a loss what to say in thanks for the kindness and generosity they had shown to a stranger.

“Their display of thoughtfulness to a stranger in distress proves that there is still a lot of good and kindness in a world where we are led to believe that time patience and kindness to one’s fellow man is lacking.

“I may never meet the lady and gentleman again and would like to say thank you both for what you did.

“I don’t know what I would have done otherwise.”