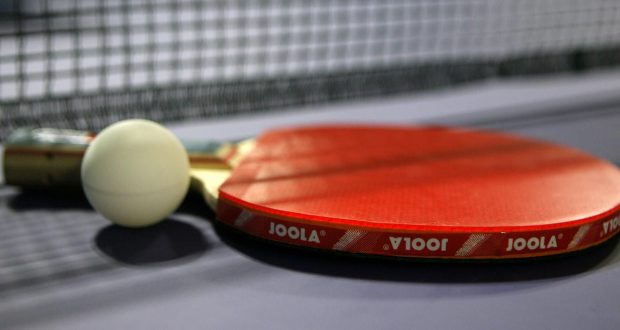 The second week of the new Spalding and District Table Tennis League season saw the divisional matches get under way.

A Moulton Shield Cup match was also played on catch up from the previous week. This was between Nets and Edges and Mine’s a Pint.

Nets and Edges’ composition has altered this year with Jack Sawyer joining Reece Kerry to make a duo.

The match was completed with a 4-1 win for Nets and Edges, though the end result does not truly reflect the closeness of the games.

The second round is to be played on November 5, with the following round one matches still to be played: South Holland v Jokers; Nets and Edges v Rusty Nails.

Nets and Edges had themselves a busy night, by then playing a league game against some new and familiar faces, Newside – who had James Quinton and Graham Walters returning after several years’ absence.

Quinton and Walters took the match 5-0 with the loss of just two ends, but with some close games along the way.

With the league format this year being a single division, former Division Two team Rusty Nails found their first match against Jokers to be a tough one finishing 5-0 to Jokers.

South Holland are another team to be mixing it up this year with the return of a previous player, Richard Hammond.

He played his games against JDM’s Joe Cox and Allan Ashberry, with the other matches being rearranged. Hammond found his return to be a tricky one with 0-2 loss.

JDM did some forward thinking and brought a match forward against Outsiders.

Although both teams fielded a different variation of players from the previous week the result was the same; a 5-0 win to JDM. Cox, for JDM, is showing to be a strong competitor and one to watch for the season.

You can email secretary.spaldingtabletennis@gmail.com for any enquiries about the league.

Visit https://spalding.ttleagues.com/ for further information and the latest results, fixtures and standings.