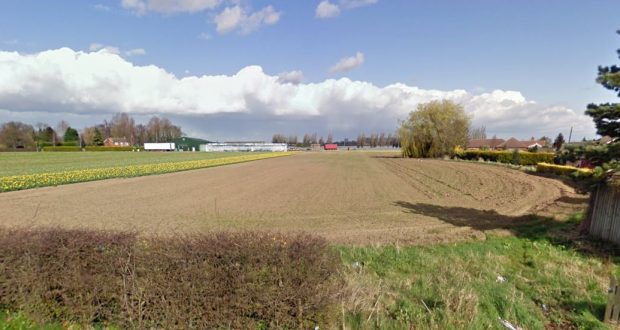 The land as seen on Google Street View.

Plans to build 75 homes in Surfleet have been refused with councillors stating most of the site is outside the boundary of the village.

Part of the site intended to be accessed off Sunnydale Close already had planning permission for 26 homes, but Ashwood Homes wants to build nearly three times as many on a larger site.

However councillors on South Holland District Council’s Planning Committee argued that was contrary to the South Lincolnshire Local Plan as was the offer of just 11 affordable homes (14 per cent of the development, compared with 25 per cent requested).

That and proposed contributions to NHS and education totalling £197,000 were described as “weak” by planning chair Coun James Avery.

“For this application at least more than 50 per cent is outside the settlement boundary,” he said. “It’s in open countryside.

“According to policy this should only be admitted if necessary for this location and I’m not sure if this is entirely acceptable.

“There will be an impact on existing residents and quite a big impact on Sunnydale Close.”

Coun Roger Gambba-Jones said: “The harm is we’ve got a local plan and taking it and throwing it away in many places and certainly disregarding it after spending all that time and money in making these assessments and saying to local people come and give us your views.

“In this case we’d be saying what you said didn’t count as the developers said they want 50 per cent more land to build on.

“Personally, I think we should say no.

“The fact they’ve expanded the site and reduced the affordable housing is just rubbing salt into the wounds in my mind.”

Planning officers had recommended the site be granted permission but councillors voted to refuse.