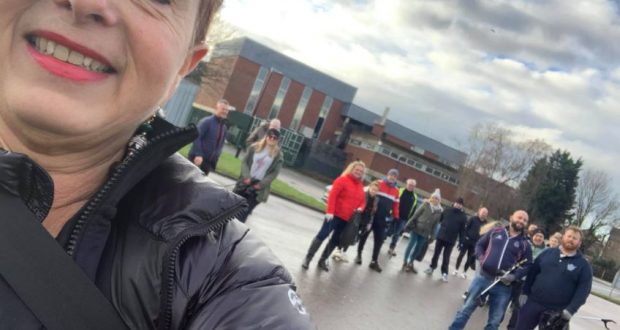 The Wombles of Spalding Common meet at the Castle Sports Complex .

More than 300 ‘wombles’ have volunteered to help clean the streets of Spalding just five days after a group of friends decided to pick up litter.

They mentioned it to their friends and put a line on social media and within days had a small army of people wanting to help.

It didn’t take long for them to get organised and take their bin bags out and about around Spalding. The first group litter pick was held at the weekend and saw more than 70 bags of rubbish collected at the Castle Sports Complex and the bus station in just 90 minutes.

“It was never planned to be this big,” said Sam Roberts, one of the men behind the scheme.

On the Wednesday before New Year, a walk around town prompted action when resident Bren Bowman saw the amount of rubbish on the streets.

His brother Kieran suggested getting a few friends together to help, and the whole thing escalated within hours.

“We created a Facebook page and had more than 300 members within five days which was just brilliant,” said Sam.

The response was so positive that a group of 30 people, each in their own household bubble, met at the Castle Sports Complex at the weekend.

“It was amazing to see – there are still people in Spalding who want to take pride in their town,” said Sam.

“To be honest, 70 bags is a bit of a disappointment as it shows just how much there is to deal with.”

He said there had been many positive comments from residents who have already noticed the difference.

“We are hoping to put together a rota for everyone and even if they can only do half a bag, it all helps.”

The Wombles of Spalding group has been donated equipment and funds to help organisers with the community initiative.

There will be another group litter pick (complying with relevant COVID restrictions) on Saturday, details will be published on the Wombles of Spalding Common Facebook page.

There have been generous offers of help from local supporters of the Wombles.

Ian Ford made a donation of £100 to buy gloves, picker-sticks and bags for volunteers. Ollie Terrington also donated ten litter pickers and 200 bags to the group.

“People have been so generous. We have to make sure that there are gloves and pick-up sticks because there’s some grim stuff out there and everyone needs to be very careful with what they re picking-up” said Sam.

“We want to say thanks to everyone who is helping us – it’s been great,” he added.

Among the rubbish collected by volunteers were drug paraphernalia, car seats, takeaway food packaging, cans, bottles and a large amount of general waste.

“It’s a huge problem and we just want to do our bit,” said Sam. 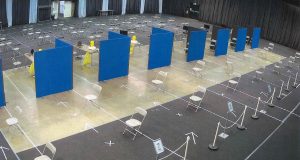