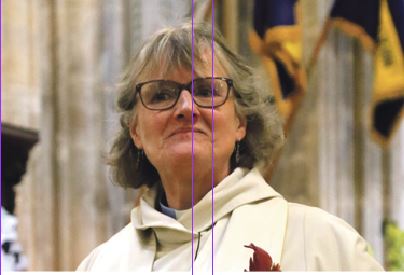 Support for food banks, one of which has seen a huge year-on-year increase in use

Two local food banks have been given thousands of pounds to be able to continue to help some of the most vulnerable in South Holland with one reporting a nearly 550 per cent increase in its service last month.

Both the Agape Food Bank in Spalding and Holbeach’s Food Bank have received the grants to help them continue through the COVID-19 outbreak while they’re finding their services in more demand than ever.

But they do still need your donations of food as much as possible going forward, especially given how busy they currently are.

The Holbeach Food Bank has received £3,000 of National Lottery Funding.

The number of households it helped with food donations was 263 in April.

April’s figure was also more than double the 128 homes the charity helped in March, up from 34 households in March 2019.

Holbeach has 25 volunteers though most are self-isolating and only three are in the store at any one time to maintain social distancing.

The money has gone towards additional stock that hadn’t been donated.

Rev Rosamund Seal, who is overseeing the increased demand, said she’d seen a steady number of “wonderful” donations for the service from the public.

She said: “We’ve been very busy and we’ve also had a lot of donations.

“A number of people have been getting the government packages that they don’t really need and they’ve been unable to cancel them, so they’ve gave them to us.

“We’re just doing all we can to ensure everyone who needs it gets help.

“I’d also like to thank everyone involved, from the volunteers to those who’ve donated.”

The Agape Food Bank do not want to disclose how much money it’s received from the Martin Lewis Fund set up to help local charities.

It did say that it would safeguard the service until at least September, though it’s hoped the money will only be spent on the most important items.

The money has helped provide essential items that haven’t been donated by the public, such as long life milk, and the money is also being used to set up community larders in Long Sutton and Crowland to help families in those areas.

“The donation is brilliant,” said Chas Sandhu, the pastor at The Lighthouse Church which set up the Agape Food Bank.

“We continue to be very busy, far busier than the normal demand we receive for this time of year.

“We’re working really hard to continue the service while self-distancing.

“The supermarkets have been really good too and the support from the community has been brilliant.

“Some of the grant money we’ve received has already gone on replenishing essential items that haven’t been donated.

“I particularly want to thank Keith and Irene Davies who have been working tirelessly to provide the services and organise safe deliveries and collections.”