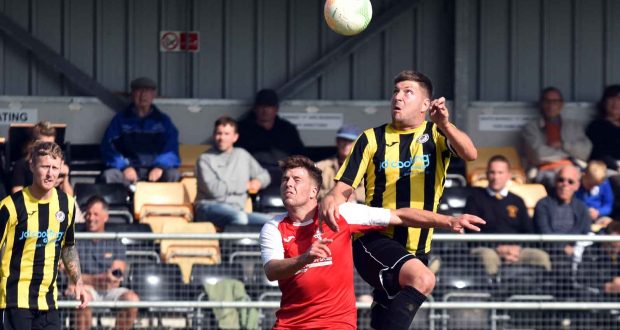 Danny Hussey is adamant that going on a run in this season’s Buildbase FA Vase is a real priority for Holbeach United.

The Tigers take a break from Uhlsport UCL Premier Division action to make the trip to visit Clifton All Whites in the second qualifying round of the Vase on Saturday (3pm).

East Midlands Counties League Premier Division side Clifton are currently 13th after just one win from four games, while Holbeach have racked up back-to-back victories.

Hussey said: “I’ve had a report on them from a colleague and by all accounts they are a strong side.

“I think they like to change things around a bit, so it’s hard to know what to expect. But they’ll be decent, so we’ll have to be at our best.

“I think we have to target the Vase as competition to do well in. In the FA Cup, you know that you’re never going to win it. But there’s always a chance in the Vase, so we’ll be doing our best to get a result on Saturday.

“Any competition that we realistically have a chance of winning is a priority for me and the club – and if we go on a run, we’ll make a handy bit of prize money too.

“We’ve been on a good run lately and I don’t want that momentum to stop.

“So we’ll go there and look to get the job done in 90 minutes; I don’t want extra time or anything like that.

“The injury crisis has thankfully passed now and I’ve got a squad of 15 or 16, so it’ll now be a case of the lads really having to earn their shirt.

“That’s what I’ve wanted from day one.”

Skipper Spencer Tinkler returns from suspension and Tom Smith is available again, but Joe Smith and Michael Frew are still out injured.