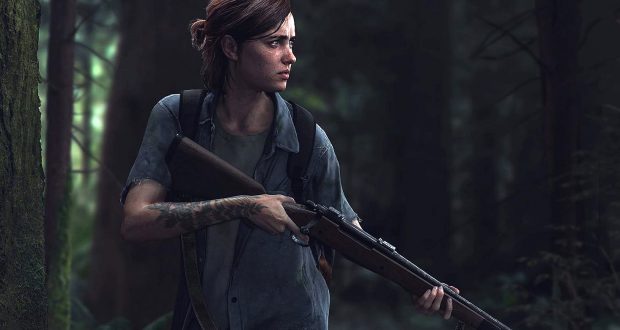 A FAMILIAR FACE: You’ll play as the fan favourite Ellie for much of The Last Of Us Part II, which is packed full of twists, terror, tension and storytelling

How do you follow up arguably the best video game on the previous generation of consoles?

If you’re famed developer Naughty Dog the answer, it seems, is ato set about building a bona-fide contender for the top game of the current generation.

The Last Of Us Part II, which is once again a PlayStation exclusive, is a remarkable feat in storytelling – making the recent news that the game will become a TV show on HBO no surprise.

I’ll not delve into spoiler territory for the brilliant 2013 original, but it’s fair to say that the decisions taken by lead character Joel (Troy Baker) at the very end of the game loom large in this stellar sequel.

Ellie (Ashley Johnson) is now very much the lead character and the story here is very personal to her. I’ll mention nothing of the plot, but much of it plays out in a post-apocalyptic Seattle and will take you around 30 hours to complete.

Fans of the original will find the gameplay satisfyingly familiar, but everything has been improved. There are new infected (don’t call them zombies) and human enemies to fight and collectibles and upgrades galore to find.

But be prepared to be emotionally rocked on a regular basis, while Naughty Dog have taken some huge risks too. Indeed, a large chunk of the game takes us down a path you couldn’t possibly have imagined earlier in the game – and you’ll question absolutely everything.

It’s hard to imagine a more immersive and tense gaming experience than this and it’s a once in a generation gem.