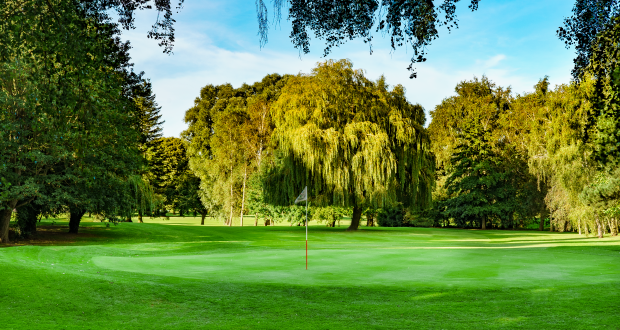 Local golf clubs say they have been inundated after the government announced some sports could be played again under certain conditions.

Even as The Voice went to press on Tuesday night clubs were seeking assurances from central government and Golf England.

But players were expected to be back on the tees from Wednesday morning.

It marks the end of around two months where courses have been closed following the lockdown announced in response to the COVID-19 outbreak.

Spalding Golf Club said it had experienced huge demand from members to play the course again.

Its secretary Maria Williamson said: “We’ve been inundated with calls and requests to play.

“Everybody is wanting to get back playing as soon as possible.

“As soon as the government made the announcement we sent an email out and we’ve had people booking tee times.

“The course is looking beautiful and a lot of the members are itching to get back especially with all the lovely weather we’ve had recently.”

England Golf has said it’s at the discretion of each golf club as to whether members of the same household can play two, three or four balls.

Golfers will also be told to stay two metres apart at all times, have to pre-book, do not touch anything on the course including the flags, only use their own equipment and balls and leave straight after the round.

Those at Tydd St Giles Golf Club were also looking forward to golfers back on their greens as they re-opened on Wednesday.

“A lot of members have been in touch,” said secretary Lauren Buckingham.

“It’s going to be strange with none of our other facilities open such as the swimming pool and bar.”

* Tennis is another sport that has been given the go-ahead to return under strict social distancing.

The Voice contacted Spalding Tennis Club which said it was waiting on guidance from the Lawn Tennis Association before re-opening.

South Holland District Council were also contacted to ask about the tennis courts it runs, including at Ayscoughfee Hall, but had not received a reply at the time of going to press.