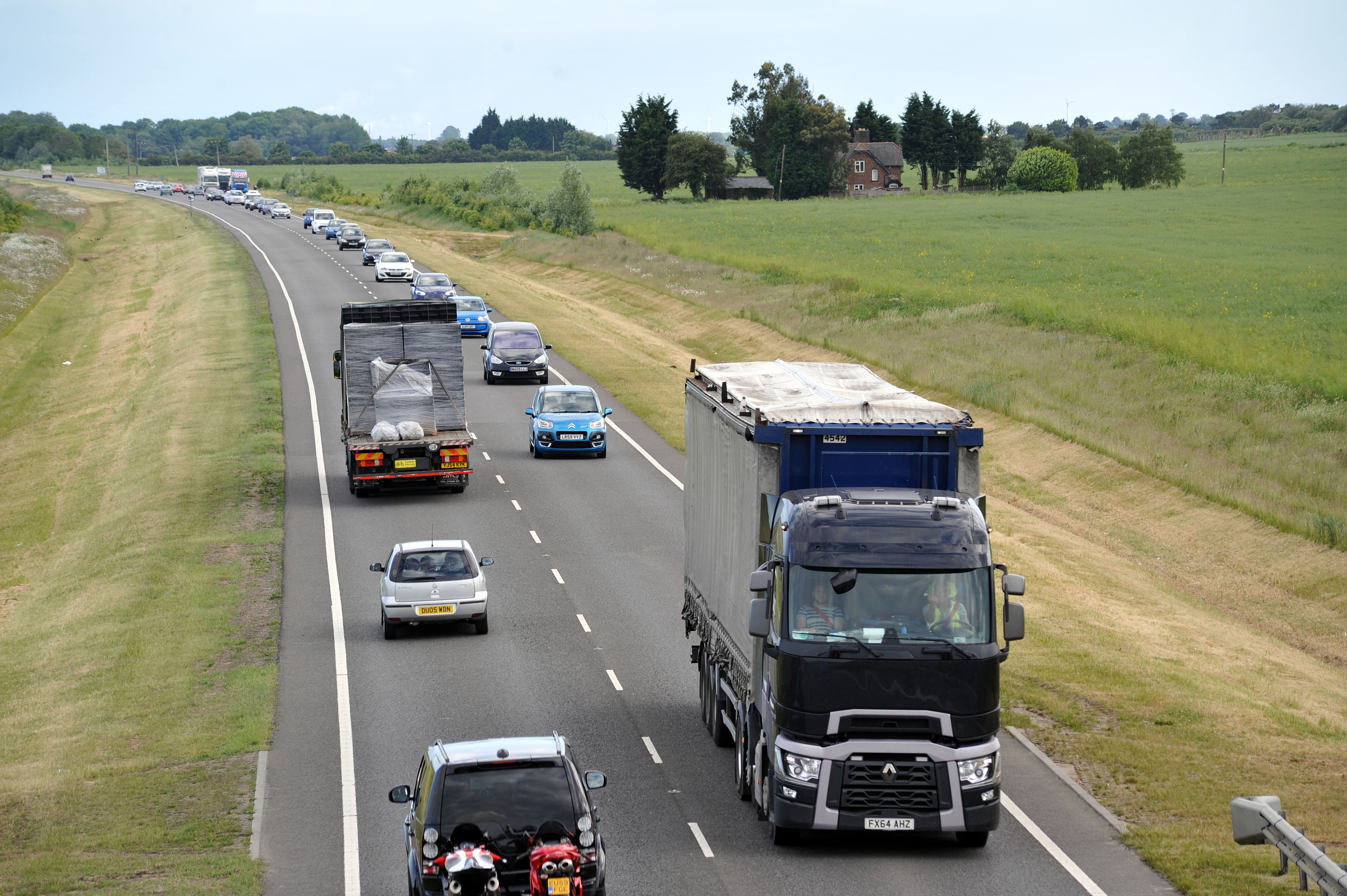 Spate of A16 crashes: ‘road design not to blame’

Three serious collisions on the A16 between Spalding and Crowland in recent days were not linked to any issues with the road, it has been claimed.

John Siddle, of Lincolnshire Road Safety Partnership, revealed there were “very different reasons” behind the incidents – and none involved the road itself.
“People are linking them together because they happened fairly close to each other,” he said.
“The causation factors we cannot go into, but we know they are different.
“At this point in time nothing indicates that the road is at fault.”

Mr Siddle also confirmed that maintenance on the road this week was not in reaction to the crashes, which claimed one life and seriously injured three other people.

Holbeach Drove 81-year-old Sheila Slater was killed at the B1166 Hulls Drove junction on May 20. Husband Roy (83), who was driving when their car collided with another, was seriously injured.
Last week there were two further collisions. On Monday a Long Sutton woman (35) suffered internal injuries and the male driver fractured ribs after the family car collided head-on with another vehicle near Thorney Road.
And on Friday a 29-year-old car driver underwent emergency surgery after a collision involving a lorry near the Cowbit roundabout.

All three incidents saw lengthy closures of the road to enable accident investigations to take place. They also gave rise to claims on social media that the road is unsafe and requires amendments; other people point to poor driving standards as a key factor.

Mr Siddle said speed, weather and distractions inside and outside vehicles are all considered during investigations.
And he stressed that drivers must take more care.
“They are looking, but failing to ‘see’ and react to what is there,” he said.

Highways officials will be checking whether more robust measures – such as a Stop sign instead of a Give Way – might reduce the number of collisions.

Lincolnshire County Council’s portfolio holder for highways heard concerns at Cowbit Parish Council’s meeting on Monday.
Coun Richard Davies said afterwards: “There was a consensus view that there was an issue with people’s driving.”
He added that it was important to get to the root of the problem rather than seen to be doing something as a “knee-jerk reaction”.

Meanwhile, overnight closures of the A16 this week are for scheduled maintenance.
Mr Siddle said: “A five-year guarantee for the road surface was put in and this was work under the guarantee.”