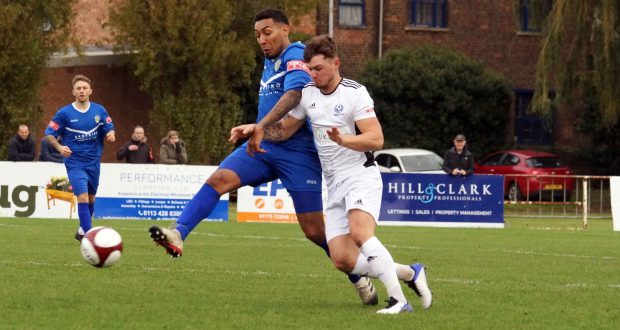 It’s now five defeats on the bounce for Spalding United after Bedford Town knocked them out of the FA Trophy on Saturday.

The Tulips, who were again under the charge of caretakers Neal Spafford and Gaby Zakuani, battled hard throughout against a side that also had former Scottish international Craig Mackail-Smith in attack.

George Zuerner had the best chance of the game for the boys in blue, but blazed over the bar from four yards when well placed.

A dangerous cross from Lewis Brownhill almost forced an own goal too, but Bedford also wasted a huge chance to double their money when ex-Tulip Ross Watson missed an open goal.