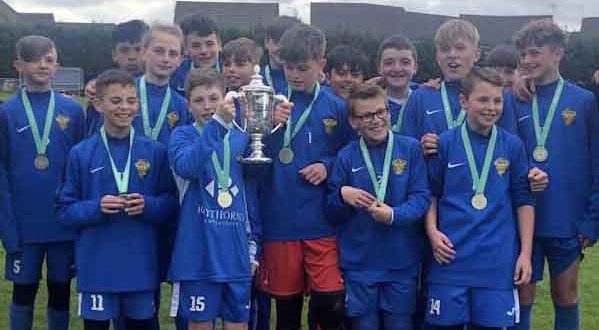 Spalding United under-13 Blue are celebrating a famous cup double.

The Blues were crowned winners of both the PJAL League Cup and the PFSDF Charity Cup, with both finals being played last month.

The youngsters knocked out some very good opposition en-route to both finals, allowing them to successfully lift both cups.

The first success saw them beat March Academy 6-1 at the Branch Brothers Stadium, before they beat Peterborough Nene 4-1 at the Nene Community Centre.

A member of the team’s coaching staff said: “We are extremely proud of these young footballers and everything they have achieved this season.”