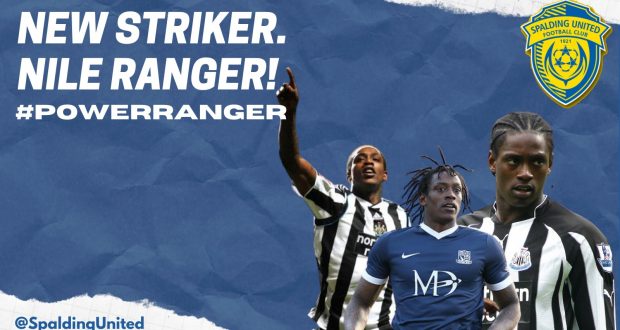 The controversial striker, who also lists Swindon Town and Blackpool among his former clubs, was unveiled by new Tulips chief Gaby Zakuani on Wednesday.

Ranger served ten weeks in prison after pleading guilty to conspiracy to defraud back in 2017, which saw his contract at Southend United terminated, and most recently began playing again for Sunday side AC United.

But Zakuani has no doubts that the striker will be a great addition to his squad.

He said: “I’ve known Nile for many years and we grew up in the same area. He has all the talent in the world and knows he has a point to prove!

“In the conversations we have had, he wants an opportunity to get himself back on the map.

“I believe he can easily play for any team in league one and most championship clubs. He has promised me he will get his head down and prove to everyone that the penny has dropped. This opportunity will allow people to see he still has the hunger to succeed.”

Ranger will also be coached by another former Newcastle player in Tresor Lomana LuaLua, who joined the Tulips as attacking coach on Monday.