WELCOME OUTING: Spalding Panthers battled well in the B League.

Spalding starlets get the chance to impress

Spalding Hockey Club once again fielded three teams in the Lincolnshire under-12 tournament held at Long Sutton – giving the opportunity for some youngsters to have their first outing for the club. 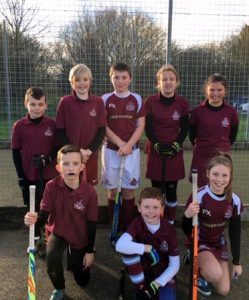 However, they slipped to a 2-0 defeat in their final match of the tournament against the overall league leaders Bourne Deeping.

It was something of a learning curve once again for the Tigers and the Panthers in the B League, with many players still new to this format of hockey.

Both teams battled hard in their games and improved as the day went on, with coaches seeing a clear development from their results in the performances in the previous tournament.

The players now look towards the Christmas break before their next tournament in February. 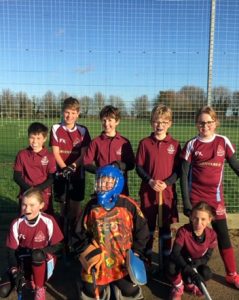 * Spalding’s under-14 boys enjoyed an exciting 5-4 win over Bedford under-14s in their latest fixture.

Confident passing from Bedford saw them probe deep into Spalding’s half, breaking down the defence and with constant pressure they took the lead. The hosts battled well, but soon found themselves 2-0 down at the end of the first half.

With encouragement from the supporters, Spalding pushed hard and were rewarded by a goal from Tom Bland, which was the catalyst for renewed effort from the whole team as three more goals followed from Spalding by Oli Dring (2) and George Morris, countered by 2 more from Bedford which levelled the score at 4-4.

Excellent saves from Archie Arnold kept the score level, before continued pressure from Spalding resulted in a goal from Harry Naylor to secure the win.