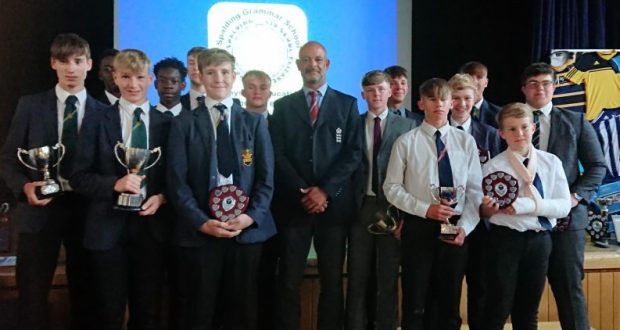 The evening also paid a fond farewell to PE teacher Mr Hedges, who leaves the school this summer after five years.

A new award was named in his honour.

Sporting Prowess and Sportsman of the Year Awards were given out, and scores of pupils were awarded colours for their sporting achievements

The team of the year award went to the senior football team for bagging the league and cup double for the first time in the school’s history.