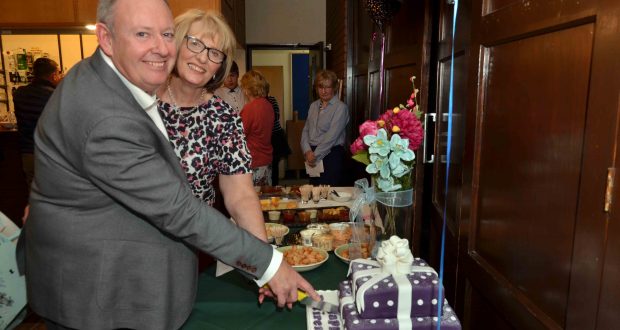 James Crampton and Hugo Kedzlie both won 4&3 and Tommy Hull birdied the last to win 1up to secure a 3-0 victory.

Runners-up were Calum Lewis, Hugo Kedzlie, Tom Langford and Will Langford with a score of 52.85.

A party at the clubhouse on Saturday saw members and staff came together to wish him all the best.

Retiring at the same time is Christine Taylor, who has worked at the club bar and restaurant for over 18 years.

At the half way stage it was either team’s game. Claire Rylott was one down after nine holes, but managed four concurrent pars, taking the match to the 18th where it ended in a half.

Paula Brown and Lesley Williams both won their matches on the 18th, while Elizabeth Holbrook had a great win by 5&3.

That sealed a 4.5-0.5 win for Spalding, who now await news of who they will face in the next round.