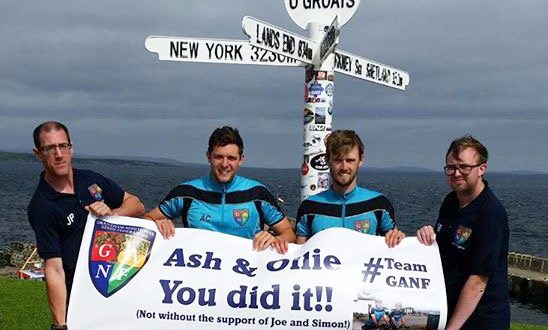 Ashley Caress (centre, left) and Ollie Maltby (centre, right)) with their support team at the finish in Scotland.

Two Spalding pals hope to have raised £3,000 by cycling from Land’s End to John O’Groats.

For Ollie Maltby (24), it was the second time he has ridden the 900 miles. But for Ashley Caress it was much more of an achievement, having seen little action on a bike for several years.
The mammoth journey took them nine days of about ten hours’ cycling per day plus 90 minutes on the final day.

“We did about 100 miles a day for nine days. Typically, we’d get up at half past five, have breakfast and be on our way.

“They were generally 12 hour days, with about ten hours on the bike.”

The pair had a support team of two fellow teachers who arranged a campsite en route each day and then went ahead and set up.

“The best bit by far was the Wye Valley – Chepstow and up through Wales was memorable,” said Ashley, who is an accomplished bowls player.

He and Ollie – who plays football for Pinchbeck United – went to the Sir John Gleed School before going off to university. By fortune, the PE teachers ended up together at Grantham Additional Needs Fellowship.

The money they raised will go towards extra-curricular activities across the two schools. 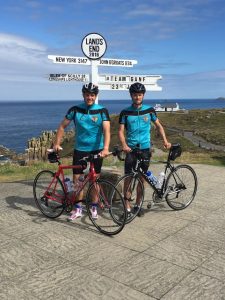 Ashley Caress (left) and Ollie Maltby at the start of their 900-mile ride. 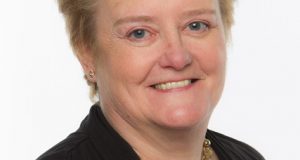 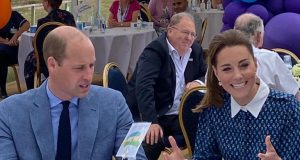