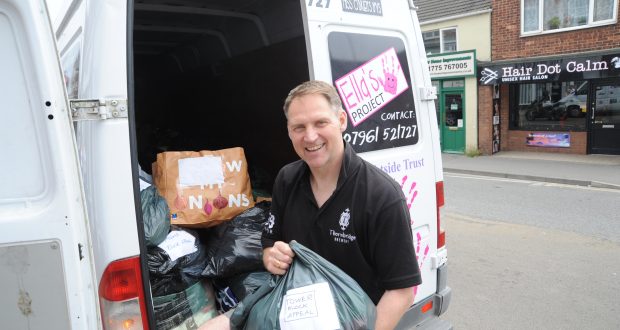 Mark Le Sage, who runs the charity with wife Sarah, asked for unwanted clothes for people of all ages, which could be sent to help families in the London disaster.

The appeal was publicised on websites and social media last Thursday (June 15) and donations were immediately forthcoming.Mark said: “It was a terrific response from everybody. We structure our approach and target long-term relief too.”

A second load of aid went to the capital on Tuesday. The charity’s appeal for Grenfell Tower aid continues until Friday (June 23). Ella’s Project – named after the Le Sages’ daughter – usually only collects and redistributes clothes for children aged 0-5.