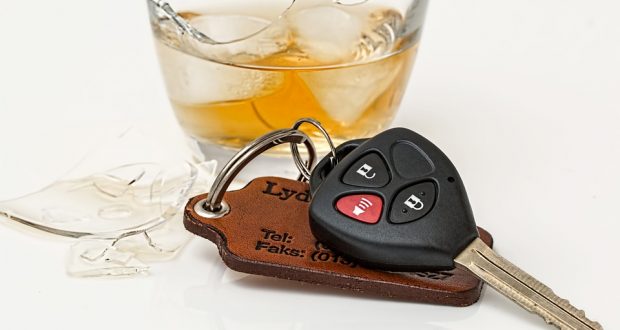 Fewer than one in five people think alcohol is a bigger problem than illegal drugs – despite the fact that South Holland is the UK’s drink-drive capital.

A new study by alcohol and addiction advice service Port of Call exposes the fact that most people downplay the danger of alcohol addiction.

While recent figures showed South Holland to have relatively low rates of alcohol-related hospital admissions and alcohol-related deaths, drink-driving is still a major issue in the district.

Port of Call founder Martin Preston said: “Alcohol will always be a significant problem because it is so readily available.

Public Health England ranks South Holland as the place with the highest rate of ‘alcohol related road traffic accidents’ in England, with 57.9 per 1,000. However, fewer than one in five people in the East Midlands believe alcohol is the biggest problem substance – and only one in four feel this nationally.

‘The Statistics on Alcohol, England 2019’ report showed there were 1,819 alcohol related hospital admissions per 100,000 population in South Holland.

The English average was 2,224 alcohol-related hospital admissions per 100,000 population.

Public Health England’s report ‘Adult substance misuse statistics from the National Drug Monitoring System’ found that 60 per cent of the 127,307 people getting treatment in 2017/18 had alcohol related issues.

Most recent figures on alcohol and drugs death in England show there were 5,843 alcohol specific deaths in England in 2017, compared to 2,503 deaths related to poisoning by drug misuse –less than half that of alcohol.

This comes amid fears surrounding dangerous drug use in South Holland, with public health officers warning about the availability of ecstasy tablets in the Holbeach and Spalding area.

Lincolnshire has the second highest rate of opiate and crack use in the East Midlands, with only Nottinghamshire ranking higher.

Lincolnshire has a rate of 8.07 per thousand, while Nottinghamshire’s is 8.42. Derbyshire, Leicestershire and Northamptonshire all have lower recorded use, according to Public Health England.

Port of Call polled 1,002 people in the UK for its recent Attitudes to Addiction report.

Of 67 respondents in East Midlands, 18 per cent thought alcohol was the biggest problem substance in the UK now.

Of all survey respondents, 25 per cent thought alcohol was the biggest problem substance and 56 per cent selected a named illegal substances such as cocaine, cannabis or legal highs.

The Attitudes to Addiction report showed:

●One in five people believe they’d be sacked if they admitted to an addiction.

●Men are more likely than women to say they would ‘definitely’ date someone who had been through drugs or alcohol rehab.

●Young people are more likely to think they’d be happy to date someone who had
been through drug or alcohol rehab.

●But 28 per cent of all respondents said they would not be prepared to get romantically involved with someone who had successfully completed alcohol rehab.

●And 29 per cent of all respondents said they would not be prepared to get romantically involved with someone who had successfully completed drugs rehab.

●Older people are most likely to think drugs are readily available in their area.