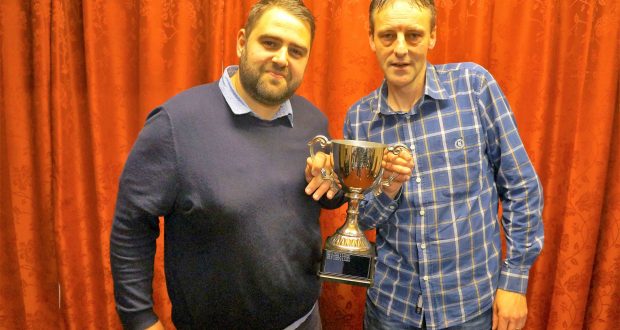 It’s tight at the top of Division One in the Spalding and District Snooker League, with three points separating the top seven after six rounds of fixtures.

Pyramid A lead the way by a solitary point after seeing off club mates Pyramid D 5-1 in an all-Bourne affair, despite a 23 break from James Sharpe.

Just one point back are Pyramid C, who racked up a 6-0 success over Holbeach A. Spencer Dawkins starred in that one, with the O56 handicapper making a fantastic 54 break.

Level with them but sitting third are Boundary A, who picked up a 5-1 victory at Services A. In a game that was closer than the score suggests, Andy Mowforth (O7) reeled off a 33 break for the Deepings side.

Services C, meanwhile, lost ground on their rivals after a 4-2 defeat at Holbeach D. Ian Woodberry (R7) settled that one for his side with a final frame win over Kev Fitter (O28).

In Division Two, table-topping Bourne SC C made it six wins from six as they saw off hosts Boundary B 5-1.

The early-season leaders are now a healthy eight points clear.

Holbeach B, meanwhile, climbed into the top five with a 5-1 win at Gosberton A.

At the other end of the table, Holbeach E grabbed a welcome win as Stuart Sullivan’s (O14) 22 clearance helped see off Sutton Bridge A 4-2.

In Division Three, Gosberton B are top after beating Consti I 5-1 to make it five wins from six.

They are three points clear of Services D, who slipped up 4-2 at home against Donington D.

Also flying high and three points off top spot are Gosberton C, who romped to a 6-0 victory at Consti J.

Stuart Tamplin (scr) finished that one off with a 22 clearance in the final frame.

At the foot, Consti D beat Consti A 4-2 to register their first win of the season.