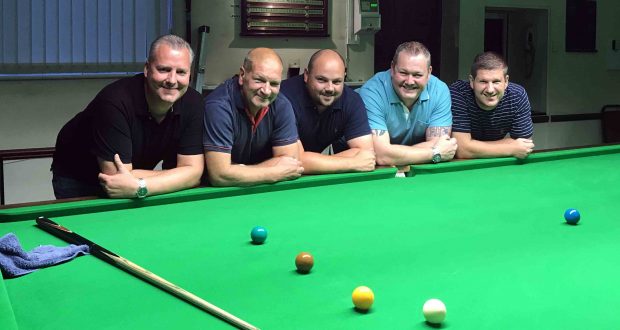 Just two teams boast 100 per cent records after four rounds of the Spalding and District Snooker League – and both are in Division Three.

Gosberton D and Pyramid B both boast four wins from as many games after beating Gosberton C and Gosberton B 5-1 respectively.

The top break in those two clashes came from Pyramid’s Lester Gaunt (O35), who managed a 22 clearance.

Elsewhere in Division Three, it was a week of close contests with 4-2 being a popular score.

Donington D, Consti D, Whittlesey A and Bourne SC B all grabbed wins in those tight tussles.

Up in Division One, Bourne SC A finally lost their unbeaten record after slipping up 5-1 at rivals Pyramid D. Marcus Hamilton (O35) was the star performer for the winners, reeling off a 29 break against Oli Player (O28).

Donington C, who have also made a good start, slipped up too as Boundary B edged them out 4-2 – despite a fine 43 break from Neil Reynolds (O49).

There was also an impressive 37 clearance from Spencer Dawkins (O56) to inspire his Pyramid F team to a 4-2 triumph over Boundary A. Team-mate Jason Green (O63) also made a cool 23.

In Division Two, Consti F were beaten for the first time this season as Sutton Bridge handed them a 4-2 home reverse. Tom Horspool (O42) made two 27 breaks for the winners, while Carl Parnell (O28) managed a 25 clearance.

Holbeach E also tasted defeat for the first time this season as they slumped to a 6-0 loss at Boundary C.

Also on-song was Donington A ace Tony Scully (O35), who reeled off a 38 break in a 4-2 success at Donington B.

At the other end of the table, Long Sutton B registered their maiden win of the season by shading a close game against Consti H.