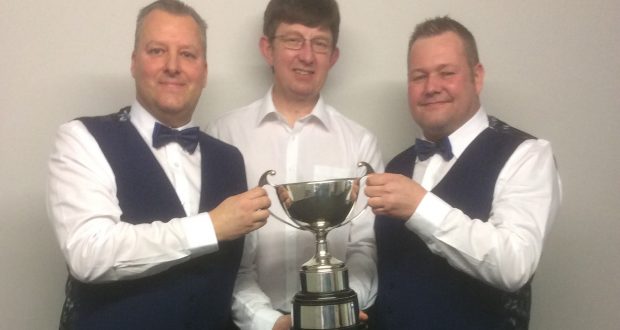 Burt, who plays off an O42 handicap, made the score en-route to winning the second frame against Paul Blackbourn (R7) from the Bourne club.

That made the score 2-0, with the talented Neil Reynolds (O49) winning frame three to seal the victory, eventually by a closer 4-2 margin.

That sees the Bourne side fall two points behind rivals and leaders Pyramid A, who picked up a 4-2 success at Sutton Bridge B.

This one went to the final frame, with John Twell (O7) seeing off Sean Swinburn (O49) to clinch the win for the table-toppers.

It was also 4-2 as third-placed Holbeach C got the better of hosts Services C.

Dan Ashton (scr) made a 22 clearance in frame one for the winners, while Mark Gregory (O28) claimed the final frame to seal the success and close to within a point of second place.

Also making up ground on all above them were Bourne SC A, who saw off Consti B 5-1. Breaks of 53 from Mark Gray (O105) and 21 from Oliver Player lit that one up.

There was another handsome break pocketed as Services A defeated hosts Consti C 4-2.

That came from Vince Fitter (O28) as he made a fine 52 in the opening frame as his side took the win.

In Division Two, meanwhile, leaders Bourne SC C made it nine wins from ten as they edged past club mates Bourne SC B 4-2.

A 22 clearance from Sean Jeynes (O7) and a win on the re-spotted black of the final frame from Adam Braybrooke (scr) saw the C side home.

The tight 4-2 scoreline proved popular in the second tier, with Holbeach B beating Holbeach E by the same margin.

Again, that clash went to the last frame with Wayne Forbelets (O21) beating Ben Harding (O28) to settle it.

The story was the same as Donington A knocked off hosts Services B, Tony Scully (O28) beating Jeff Collins (R7) on the final black to give the visitors the win.

And, completing the spree of close contests, were Services E as they negotiated their trip to Gosberton A with a 4-2 triumph. Russ Morse (O7) beat Carl Wand (O7) to clinch that one.

Elsewhere, Division Three leaders Gosberton B enjoyed a 4-2 win at Pyramid B to make it ten victories from 11 games so far. Not even a 31 break from Roy Jackson (R7) could stop the Bourne side losing, as Chris Mumby’s (R14) final frame success clinched it.

Second-placed Gosberton C lost ground after slipping up 4-2 at home against Whittlesey B.

Services D, who have played far less games that everybody else, suffered only their second loss of the season as Consti J handed them a 5-1 home reverse.

Also winners were Pyramid E, who got the better of hosts Whittlesey A 4-2.

Elliot Gaunt (O14) starred for the Bourne boys with a 26 break and frame win.