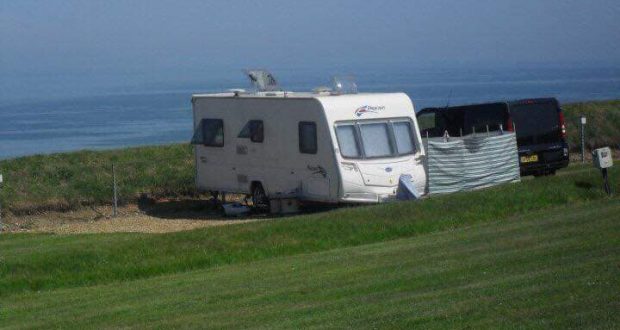 A pair of secured caravans belonging to Whaplode siblings have been stolen from a barn and towed away across a field.

The 2007 caravans, which were alarmed, had wheel and hitch locks broken off during the thefts sometime between 6pm last Thursday and Friday evening.

Owners Jake and Julie Buckley are devastated. For Mr Buckley, who had the Abbey Vogue 620 from new, it has ruined and ended years of happy caravanning holidays. The twin-axle model was insured and worth £8,000. Miss

Buckley had had her Bailey Pageant Vendee for 11 years.

“I’m sickened and angered,” said Mr Buckley. “All the memories have been tainted and all the keepsakes have gone.

Miss Buckley said: “So gutted, so many memories. It wasn’t worth a lot but to us it was priceless.”

The caravans, which were in regular use, were stored in a Dutch barn at Welch’s Farm in Stockwell Gate.

Mr Buckley, a truck driver who recently married Teresa, and Miss Buckley and her partner Neil Markillie would take them to Mundesley in Norfolk where the men enjoyed beach fishing. Jake’s van had provided many happy holidays as far away as Cornwall.

Mr Buckley, whose home in High Road backs on to the farm, said: “Mine had two wheel locks on it and my sister’s had one wheel lock because it was a single axle. Both had hitch locks and both had alarms.

“The thieves have come straight across a corn field to the barn and left across it. It does seem strange. They’re obviously not too bothered about them by the time they’ve been towed across a field.”

Speaking on Sunday evening, he added: “It’s been reported to the police but no one has been out to look. That disappoints me but I do understand there’s nothing for them to get their teeth into.”

Mr Buckley said he was “amazed” at the huge number of shares which his and his sister’s Facebook posts about the thefts had received.

Anyone with information about the thefts should call police on 101.