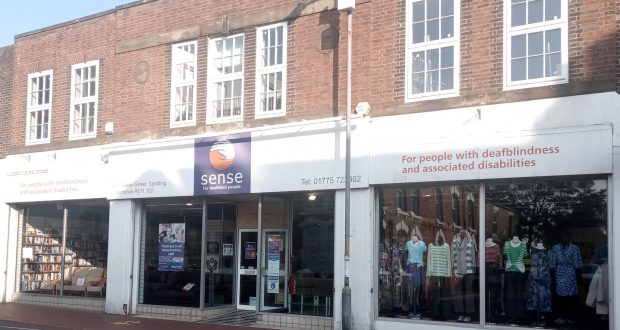 The Sense charity shop in Spalding

A Spalding charity shop has been left with a bill running to thousands of pounds after it was broken into and damaged this week.

The Sense shop in Station Road was hit just two days after The Barber Shop was also broken into.
Cash and donated items were taken from the charity shop, which was also damaged and ransacked in the attack in the early hours of Saturday morning.
“I am shocked that anyone would want to target and needlessly damage a charity shop in this way. This has been an extremely upsetting incident for our staff,” said manager Marina Verlanda.
“Since re-opening after lockdown, it’s been great seeing the community come together and help us to raise funds which support people with complex disabilities. We would be very gratefull in the Spalding community could come together again to help us bounce back from this incident,” she added.
The shop re-opened in June with a number of coronavirus measures in place.
Vanessa Hardy, of The Barber Shop, said her shop had also been damaged when someone broke in during the early hours of Thursday morning.
She has CCTV footage (right), which has been passed on to police.
“There was a lot of damage,” she said.
A spokesman for Lincolnshire police said both incidents are currently under investigation.
“Our officers have attended both properties and we are investigating both burglaries. We have a number of lines of enquiry which include CCTV. We have not made any arrests as yet,” she said.
Anyone with any information is being asked to contact police on 101, quoting incident 57 of 19/9 for the Sense break-in and incident 76 of 17/9 for The Barber Shop.