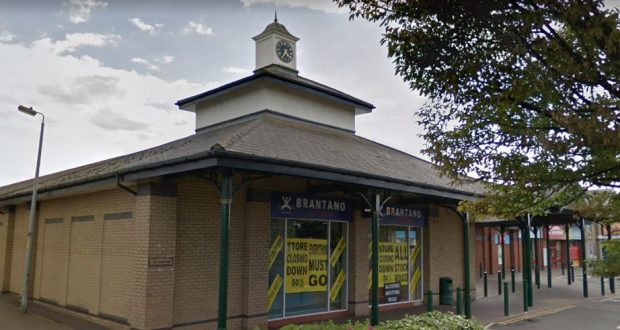 The unit where Shoe Zone are opening. From Google Street View.

The former Brantano’s store next to Winfrey Avenue has been left vacant since the company was closed in June 2017 after it was put into administration.

At the time it was announced that 13 people had lost their jobs as a result with Tony Barrell of administrators Price Waterhouse Cooper commenting: “Unfortunately, it was not commercially viable to continue trading in Spalding.”

However another footwear retailer in Shoe Zone is to step into the space Brantano’s vacated.

Shoe Zone is due to open its first Spalding branch on Wednesday, June 27.

The footwear chain says it specialise in men’s women’s and children’s shoes at reasonable prices.

A spokesman for Shoe Zone, said: “Our Spalding store is due to open at Holland Market Retail Park on Wednesday, June 27.

“The new store will create nine new jobs in total and will be one of new Big Box concept stores.

“Shoe Zone has undergone a transformation with this new type of store which not only has a new look and feel but also stocks a range of renowned brands including Clarks, Skechers, Lotus and Heavenly Feet among others

“Alongside these big brands, the store also stocks Shoe Zone’s own brand range.”