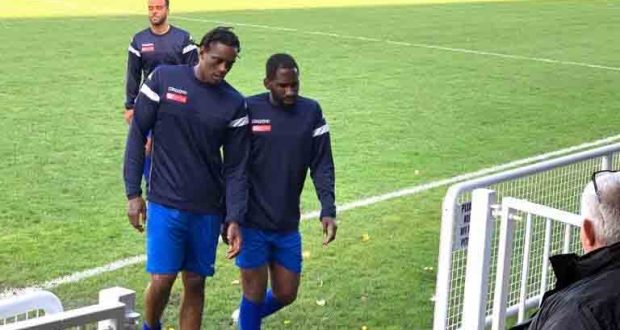 Nile Ranger marked his Spalding United debut with a goal as they drew at Belper Town on Saturday, while Holbeach United lost at home to Harborough Town and Pinchbeck United were thrashed by Lutterworth Town in Lewis Thorogood’s first game as boss.

Starting with Spalding, they trailled three times in Gaby Zakuani’s first game as permament boss before battling back to draw 3-3.

The draw ends a run of six defeats on the bounce for Spalding, who now sit 17th in the table.

In the Uhlsport UCL Premier Division, Holbeach suffered a 1-0 home loss against Harborough to end their recent unbeaten run.

A first-half goal from Dan Forbes (43) was the difference between the sides at Carter’s Park.

Pinchbeck’s miserable form continued in the same division as they were thumped 5-0 by Lutterworth at the Sir Halley Stewart Playing Field.

New boss Thorogood will be hoping to stamp his authority on the team over the coming weeks after inheriting a side that sits 19th in the table.

Elsewhere, Moulton Harrox made it six wins out of six in the ChromaSport PDFL Premier Division with a fine 3-0 win over Peterborough North End Sports.

There was also a big derby win for Crowland Town as they thrashed Long Sutton 4-0 at Snowden Field.