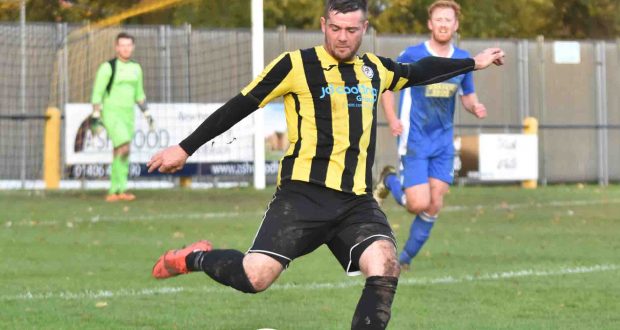 A freak goal denied Holbeach United a Uhlsport UCL Premier Division victory on Saturday, while Pinchbeck United were handed their heaviest loss of the season to date.

On a day that saw plenty of postponements, Holbeach drew 1-1 with a Desborough Town – who were beaten 12-0 at Rugby Town midweek – at a very foggy Carter’s Park.

Josh Ford’s first-half free-kick gave the Tigers the lead at the break, but they were pegged back by Brian Farrell’s long punt upfield that caught keeper Ricky Drury out and found the net.

The draw sees Danny Hussey’s side slip once place to sixth in the standings.

The Knights stay five points from safety with a game in hand.

Spalding United were not in action in the BetVictor NPL South East Division,

Matt Eaton (2) and Jake Lally fired the Magpies to perhaps the result of the day.

Also on-song in the PDFL’s top tier were Holbeach United Reserves, who were 3-1 winners at Tydd.

In the Lincs Junior Cup, Moulton Harrox edged past Hykeham Town on penalties at Broad Lane. The game finished 2-2, with Harrox taking the shoot-out 5-4.

Crowland Town had no such trouble progressing as they thumped Fishtoft 9-0 at Snowden Field.

More football to follow throughout the week at www.spaldingvoice.co.uk and in Thursday’s paper. 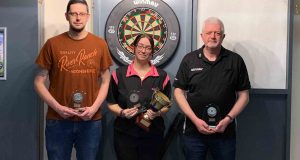 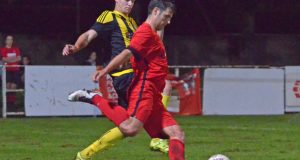